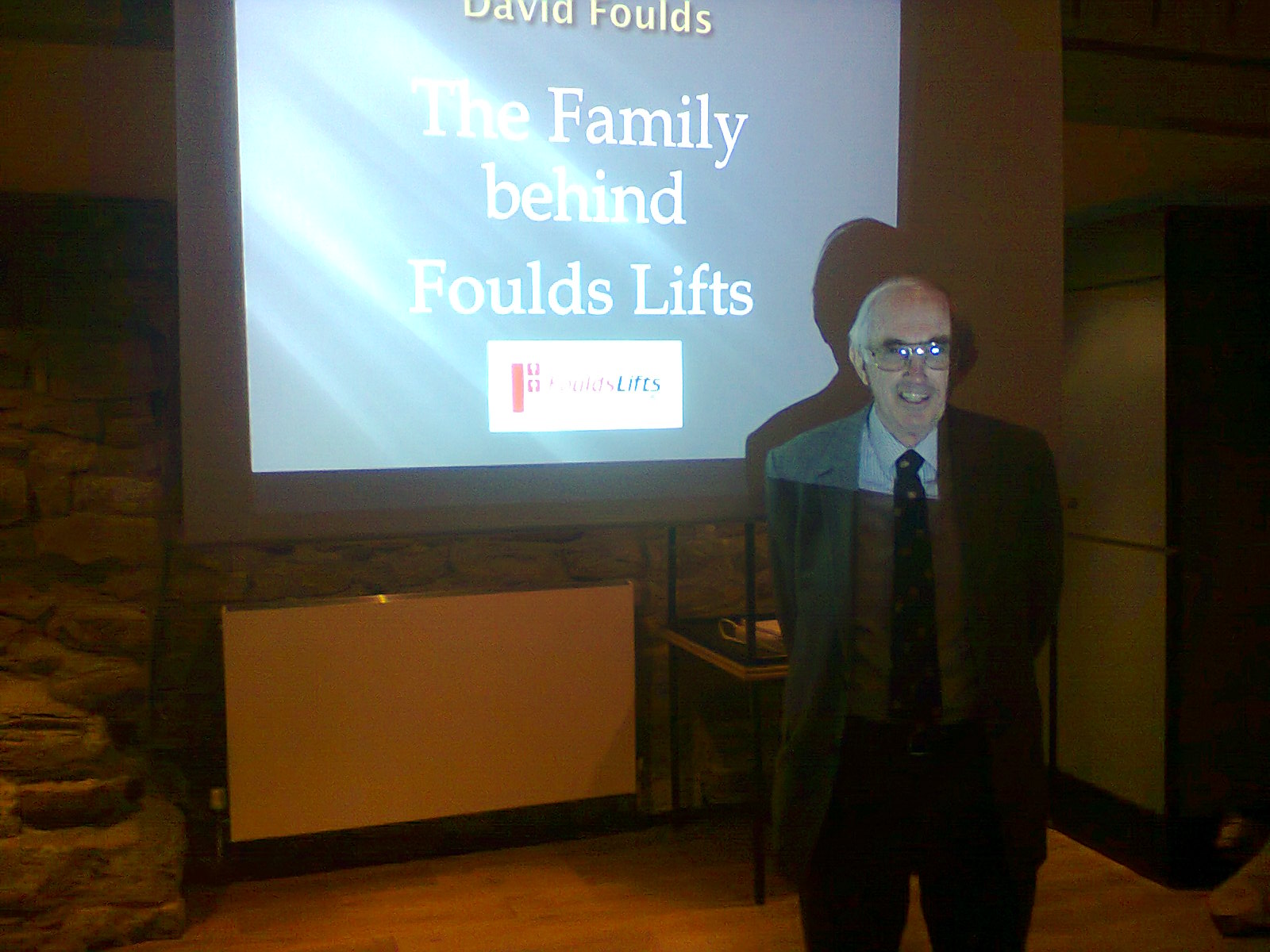 The Family Behind Foulds Lifts

David Foulds looked into the history of the local firm E.A. Foulds  of Colne. We were told of the Foulds family who worked as Weavers and then Clogers before becoming Millwrights and eventually one of the countries leading lift manufacturers. Now run by the forth generation of the family. We were shown a wide variety of lifts ranging from the lift fitted into the Hospital at Port Stanley on the Falkland Islands to The film set at Pinewood Studios where a lift was constructed whilst filming a James Bond film. This interesting talk was enjoyed by twenty plus Friends.  Our thanks go to David for his presentation 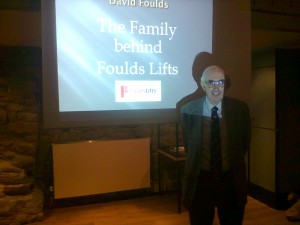