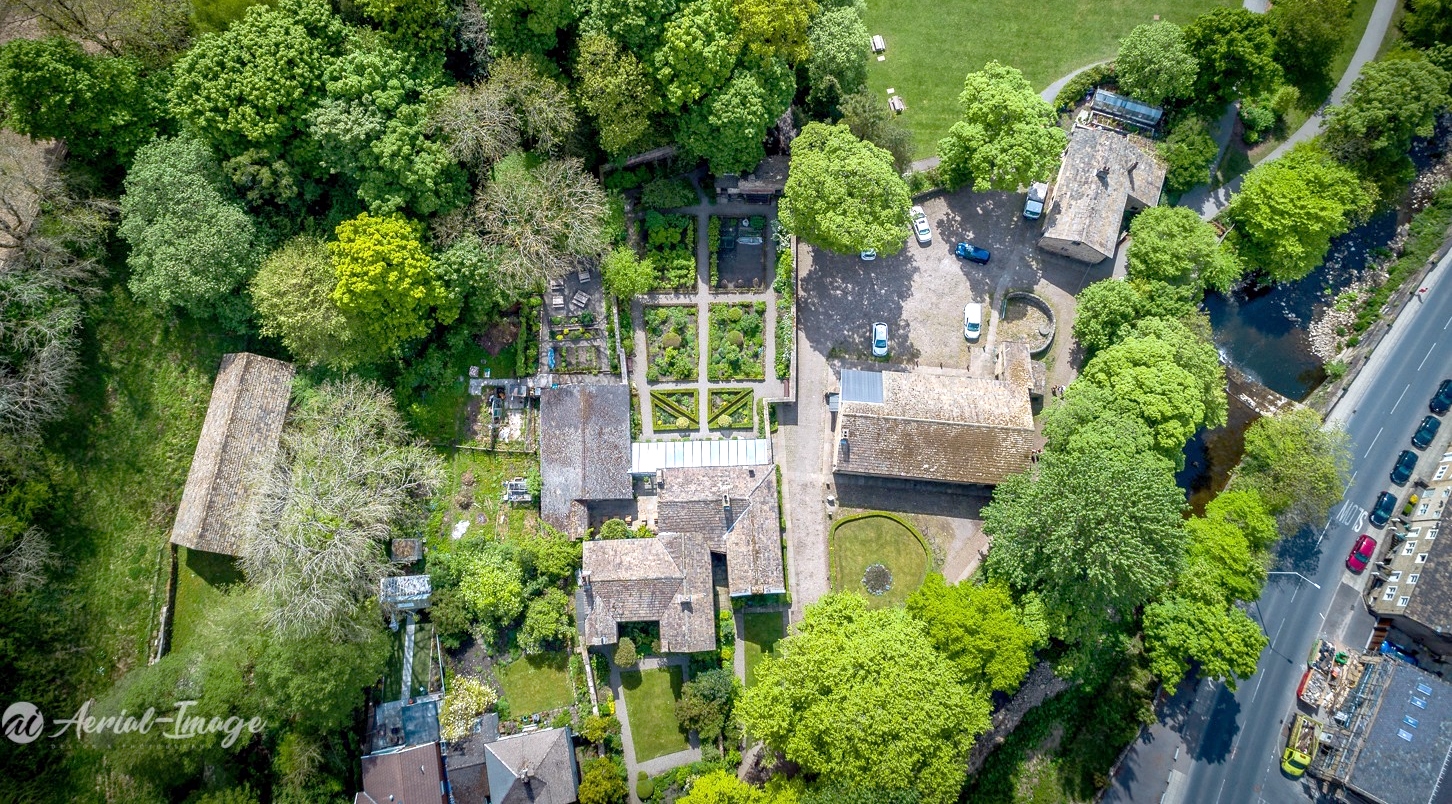 For a 360° view, click on the images or the underlined text…

Park Hill house was established in the 1400s by the Bannister family and rebuilt first around 1600 and then 1660. You can see the 1661 house set in its pretty walled garden. The old Barrowford Bridge is immediately to one side and the Eighteenth Century Barn can be seen in the distance. All three are Grade II Listed Buildings restored by Heritage Trust for the North West and managed by them.

As you follow the path this view shows the two houses of Park Hill.

The 1661 house with the walled garden is to your left and the end of the Georgian house built by the Swinglehurst family is to the right. The two houses initially came about in the 1660s when Park Hill was subdivided for two members of the Bannister family after which other families took residence, notably the Swinglehursts. The houses remained separate until the 1970s, when Heritage Trust for the North West reunited them as part of their restoration.

Here you also get a better view of the Eighteenth Century Barn which was a substantial enlargement of a barn of 1682, first by the Banisters and then the Swinglehurst family.

Standing on the lawn you get a good view of the Swinglehurst 1780s enlargement of their part of the 1600s Bannister house. The lawn lies in the middle of a carriage ’roundabout’ where there was once a set-piece sundial to amuse visitors as well as to tell the time.

There was much socialising in the 1700s and horse-drawn traps would drop visitors off at the front door of the house and then turn around the lawn to return to the road. The Swinglehurst’s sought to impress their neighbours with the latest Georgian taste, so they built a symmetrical frontage and erected a substantial walled garden which you can just see between the house and the barn. Here is the entrance to the Pendle Heritage Centre.

Originally there was also a high wall and gateway between the barn and the wall garden so that visitors would not be able to see into the workaday farmyard behind.