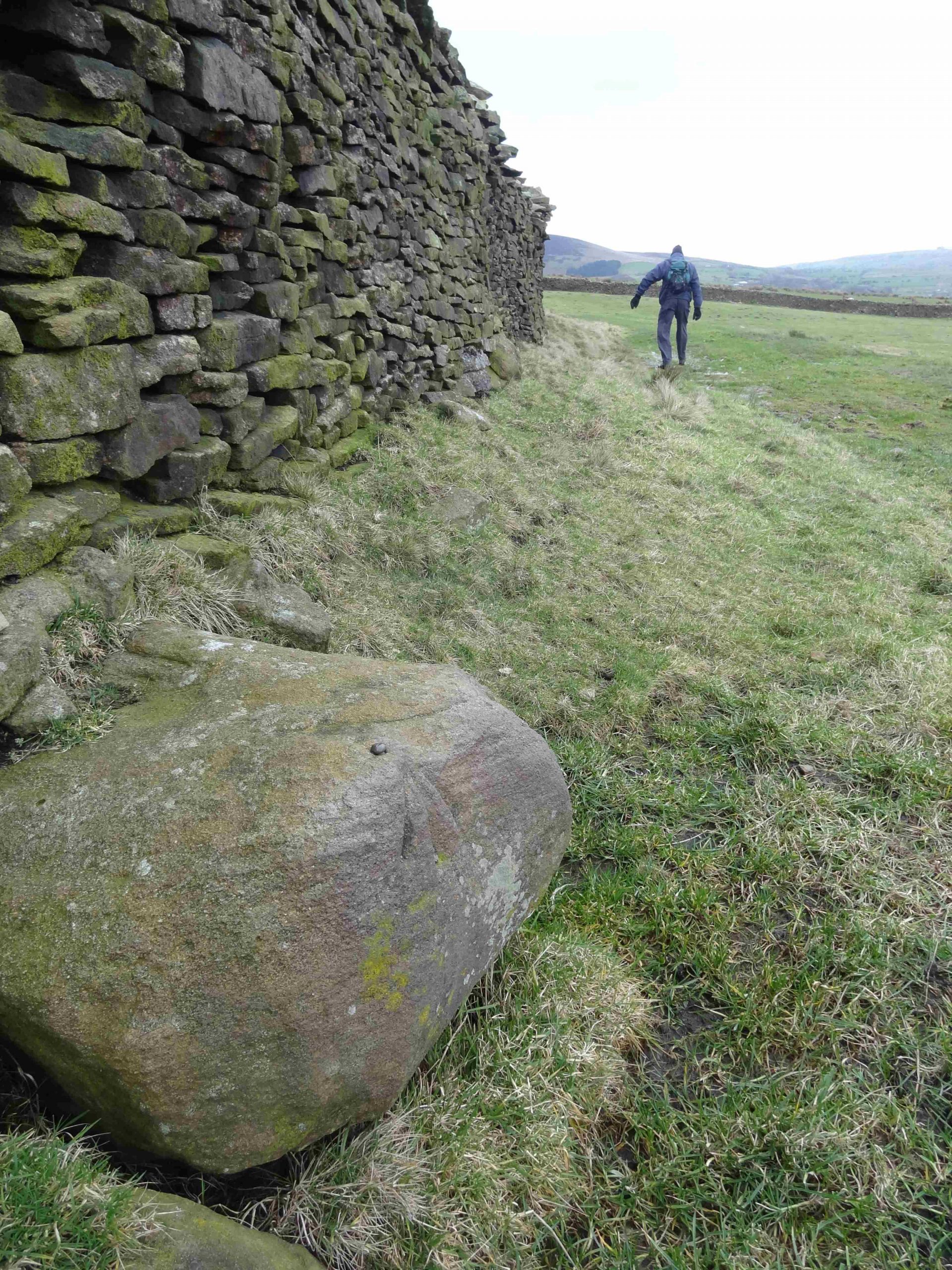 The third field reconnaissance session for the Pendle’s Hidden Valley project took place on Saturday 8th February 2014 but in the face of dire weather forecasts, understandably, only 4 stalwarts braved the elements. In the end, despite strong winds we were relatively lucky with the conditions.

We began at Whalley Golf Club again, and this time set out north east along Clerk Hill. 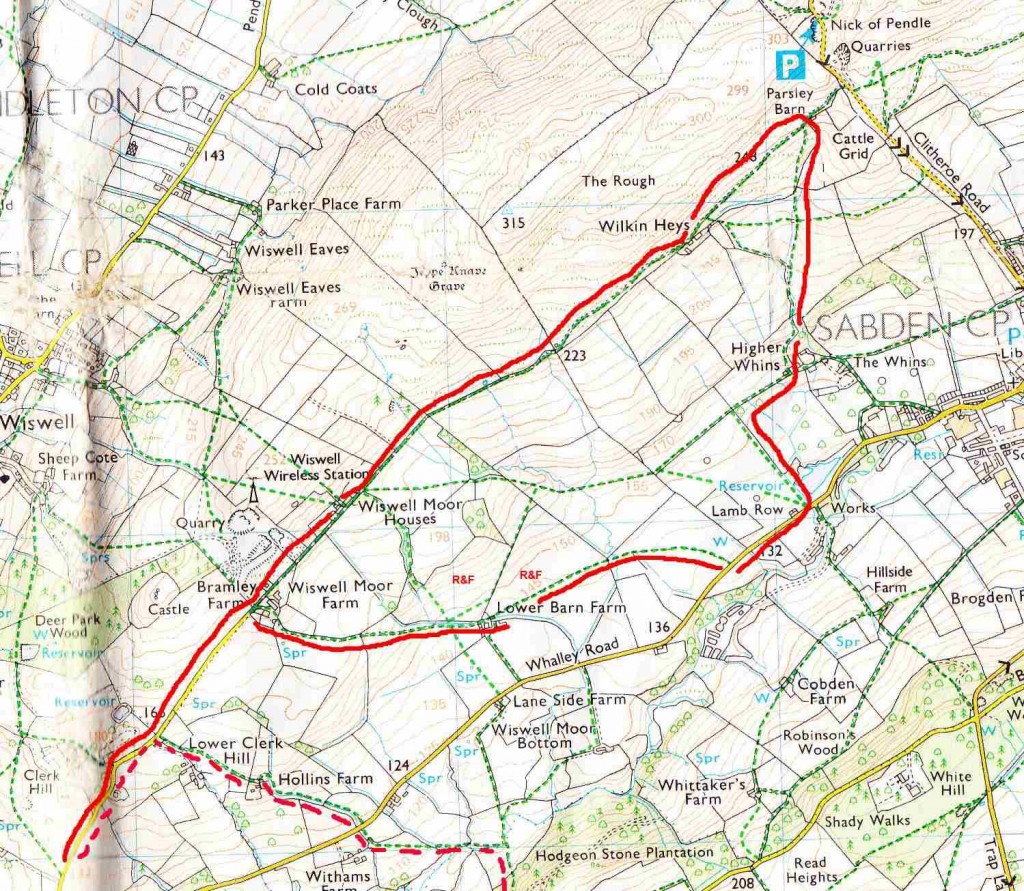 The map shows our route (clockwise) with the pink dotted route indicating the end of the previous field walk.

There is a track from the end of the Clerk Hill road at Bramley Farm all the way to the road below the Nick of Pendle just past Parsley Barn which may be related to the Nick quarries and stone extraction evident along its length on the flanks of The Rough. There were no particular features to note in the pasture on the S side of the track, although we did spot an Ordnance mark cut into a large boulder at the base of the fell wall. (SD762,374) 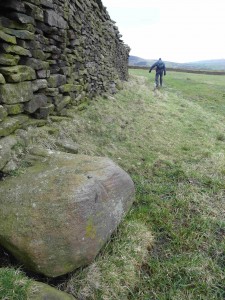 Time constraints (and the weather) meant that we didn’t divert up the fell to look at Jeppe Knave Grave – described in the HER as “Mutilated cairn, probably Bronze Age” which is a definite indication of ancient habitation on the edge of our study area. This can be the destination of another walk, most easily reached from the Nick quarries.

Just before Parsley Barn, we noted an intriguing mound by the N side of the track. It is almost certainly related to quarrying or lead mining as there is the hint of a disused adit or possibly a small quarry very near to it but it may merit further investigation. We know that lead mining took place on the fell as there are “Old Lead Mines” shown nearby on the 1st edn. OS map. 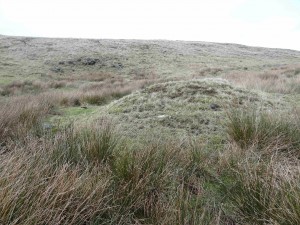 Turning south at Parsley Barn we descended towards the W end of Sabden, the only features of note being a spring emanating from beneath a boulder and an unusual arrangement of large boulders lower down, both of which may merit closer inspection. 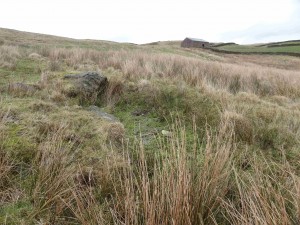 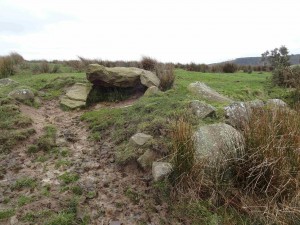 The streams from around Parsley Barn join and have cut a fairly deep clough by the time they reach the area just above Higher Whins and we noted a very well cobbled track rising quite steeply to the W of the clough which appears to lead from (or past) the farm up towards the open fields above. We wondered why such a well made route had been put in here – Could it be once again related to mining or quarrying. 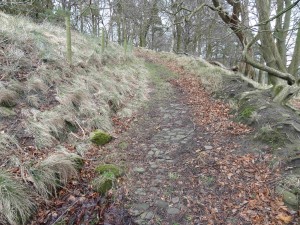 We returned back to Clerk Hill across the fields below our earlier route, noting some (fairly narrow) ridge & furrow in the fields above Lower Barn Farm. (Map R&F)