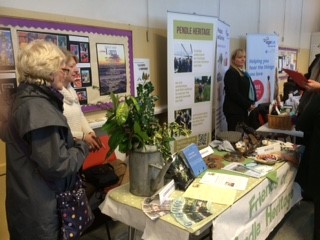 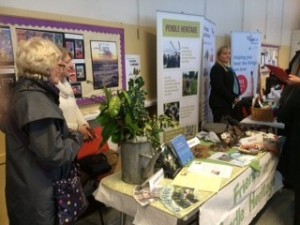 Despite awful weather, visitors started to arrive as the doors opened at 11am.  Several derogatory comments were made about the title of this gathering at St Luke’s Parish Hall, Brierfield, the feeling being that just because you are drawing a pension, it doesn’t necessarily mean that you act like a stereotypical pensioner!   Jean and Anne arrived early to make sure that the stand looked the part and they certainly succeeded, then several members of the Friends turned up to help promote what we do.  If there had been a prize for the best stall we would surely have won!  Andrew Stephenson MP who organised the day, was the first new member but useful contacts were established with several other organisations so it was as much a networking event as anything else.  Next Friday its at St Johns in Nelson so maybe we’ll see you there and see if we can spread the word a little further.