Sawley Abbey has been enclosed in scaffolding most of the year for conservation work, we reported it going up in April. The work has proceded very slowly but the last of the scaffolding came down on Friday 19th December and work has now finished for the winter. 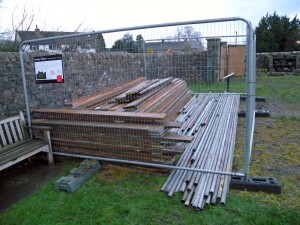 Many of the walls lost their original outer skins of stone or render through historic theft and erosion. This exposed their inner mudstone cores to the elements. Unfortunately, the material is friable and is eroding back and, in time, it will put the structure at risk. So as well as removing plants and saplings from the walls, English Heritage has undertaken some conservation trials using new mudstone and lime mortar to consolidate the cores. If this is successful, it will be extended accross the whole structure. 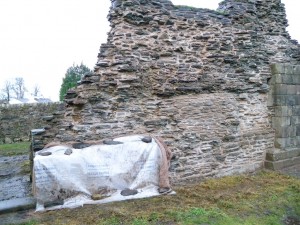 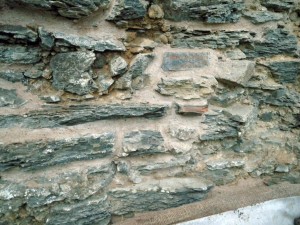 There is no charge to visit Sawley Abbey which is off the A59 east of Clitheroe. The Trust opens the monument at 10am and closes it at 5pm, April to October, closing at 4pm thereafter. Pendle Heritage Centre museum has surviving architectural fragments on display with an outline of its history. Sawley was one of three Cistercian Abbeys founded close to Pendle Hill, Whalley and Barnoldswick were the other two, the latter moving to Kirkstall near Leeds in 1152.