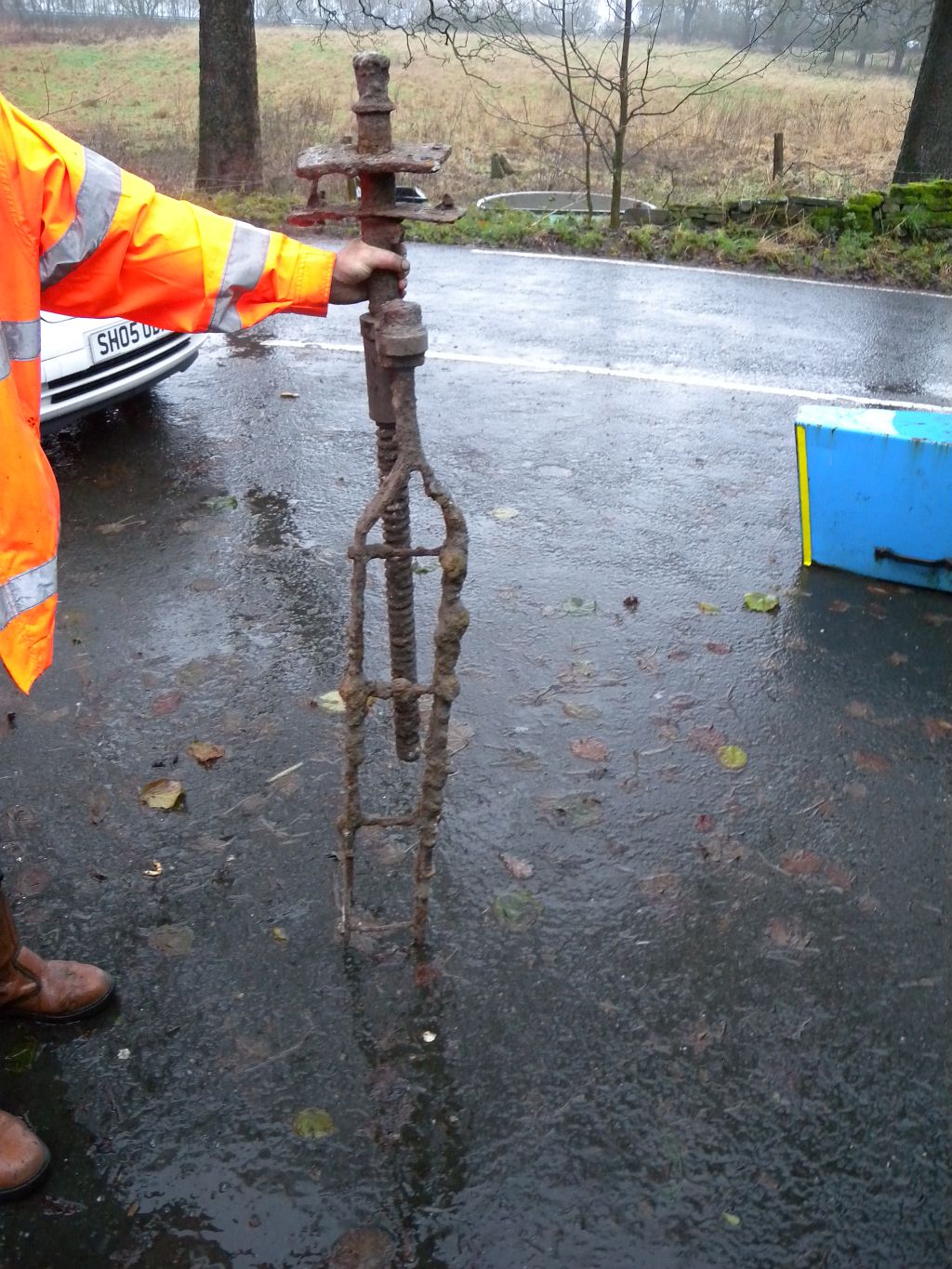 Greenfield is a historic hamlet with a Conservation Area and Local Nature Reserve (LNR) side-by-side, between Colne and Barrowford. Last Thursday, Paul Clough, the volunteer warden and manager showed me some of the physical remains of the demolished Greenfield Mill that lie close to the surface in the reserve. Greenfield Mill was originally Colne’s medieval corn mill, dating back to the 1200s. It survived as a corn mill for centuries but was greatly extended and converted into a cotton mill in the mid-nineteenth century. However, the venture had failed by the early twentieth century, presumably as mills became ever bigger and it couldn’t compete. The main path through the reserve follows the historic mill race which was full of water on our visit due to the recent rain. Paul identified the outer walls and floor of what appears to be a late ninetenth century weaving shed and showed me part of a  sluice gate. There is clearly a lot of archaeology in the vicinity. 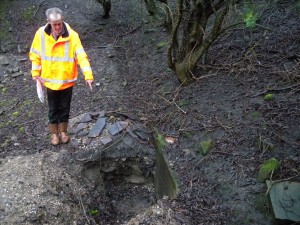 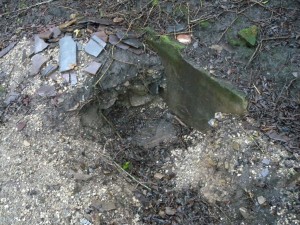 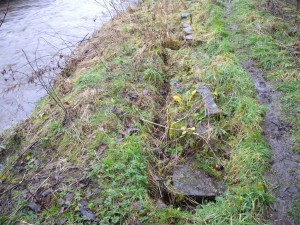 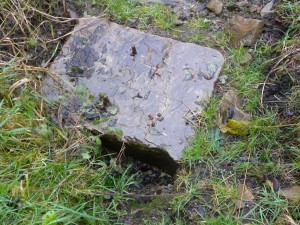 The water powered corn mill still existed in the 1840s, as seen on the first edition OS 6 inch map, but things had greatly changed by 1890 (see below). Not only had the buildings been dramatically altered and extended but they had quickly become disused. (Thanks to Lancashire County Council MARIO for the mapping) 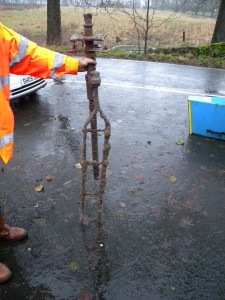 As it was raining hard, we retreated to the cafe at ASDA where we met Annette Hawkins of the Friends of Greenfield Nature Reserve and discussed the old mill and what might survive just beneath the surface. If you have any information on Greenfield Mill, please let us know by emailing pendleheritage@gmail.com.  If you would like to help out at Greenfield LNR, contact Annette on 01282 859745 or annette865@btinternet.com

Note: the present day Greenfield Mill on Burnley Road (occupied by Simpsons kitchens), is a modern renaming of Primet Bridge Foundry, famous for its manufacture of looms and other textile machinery. It keeps the name alive, though can be confusing. 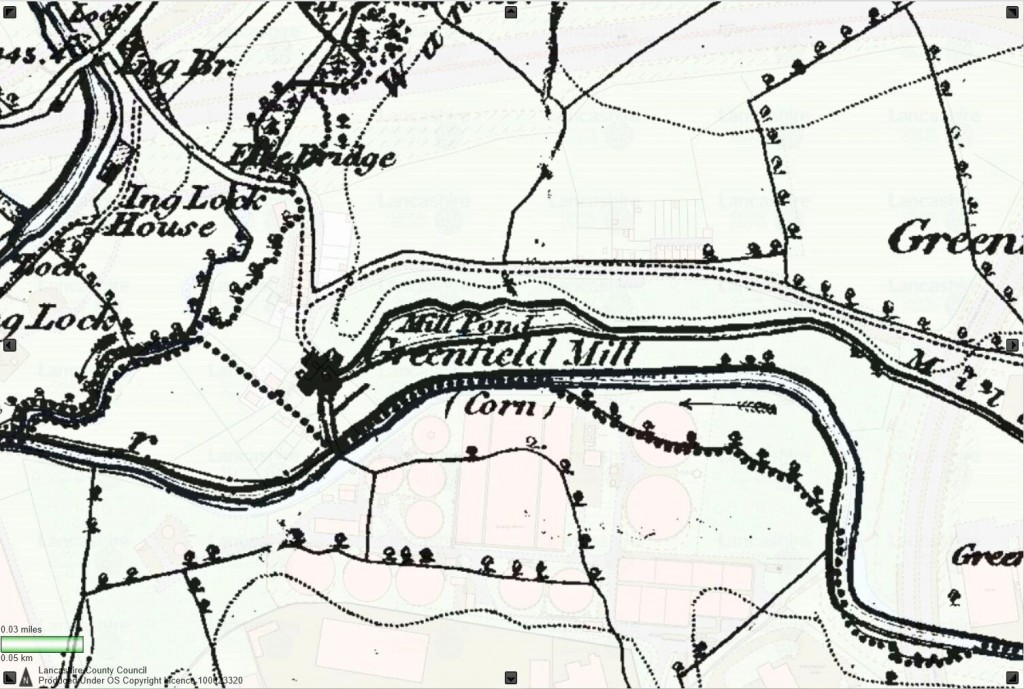 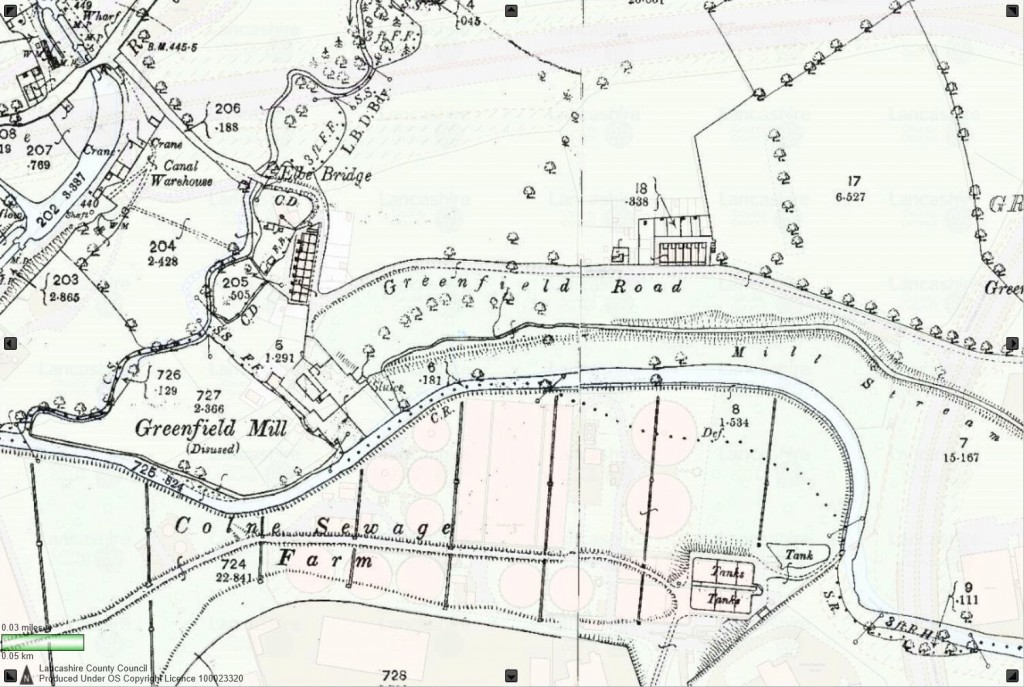 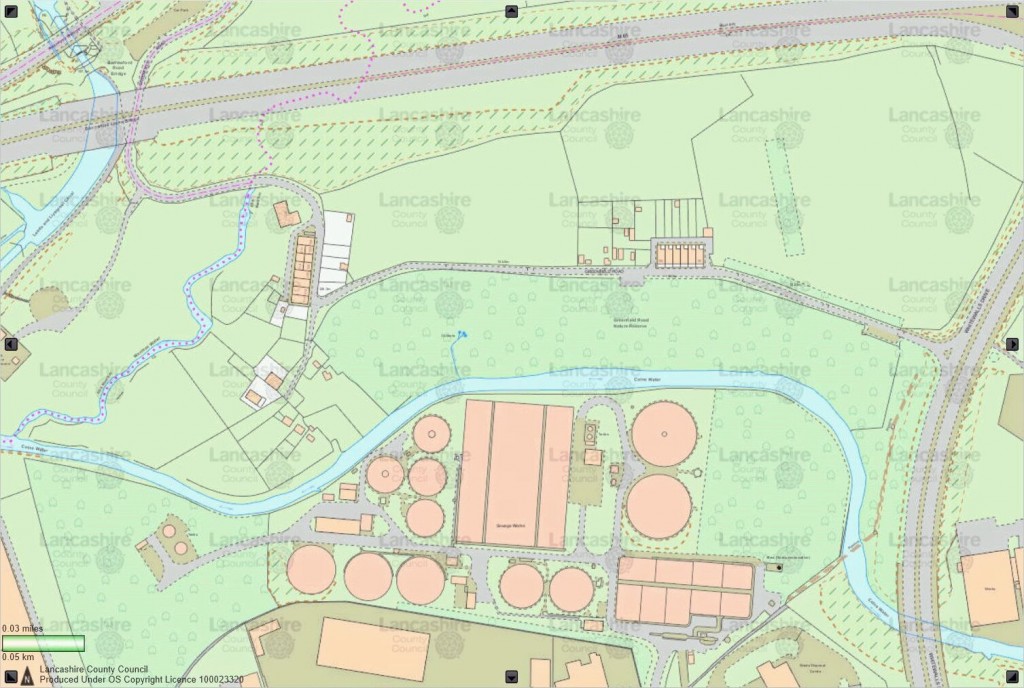