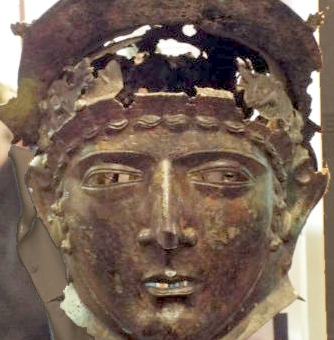 Ribchester Roman Museum is celebrationg its centenary this year and showing off the famous Ribchester cavalry helmet and mask. This was found in the village in 1796 near what was the Eastern gate of the fort but subsequently taken to the British Museum. The helmet was voted Britain’s “second best Roman find”, behind the Vindolanda tablets, by the viewers of Time Team.

Those who have gone to see the helmet say that it is much much better than the copy which the museum normally displays.

We understand that the helmet goes back to London at the end of this month, so make sure you see it while you can.