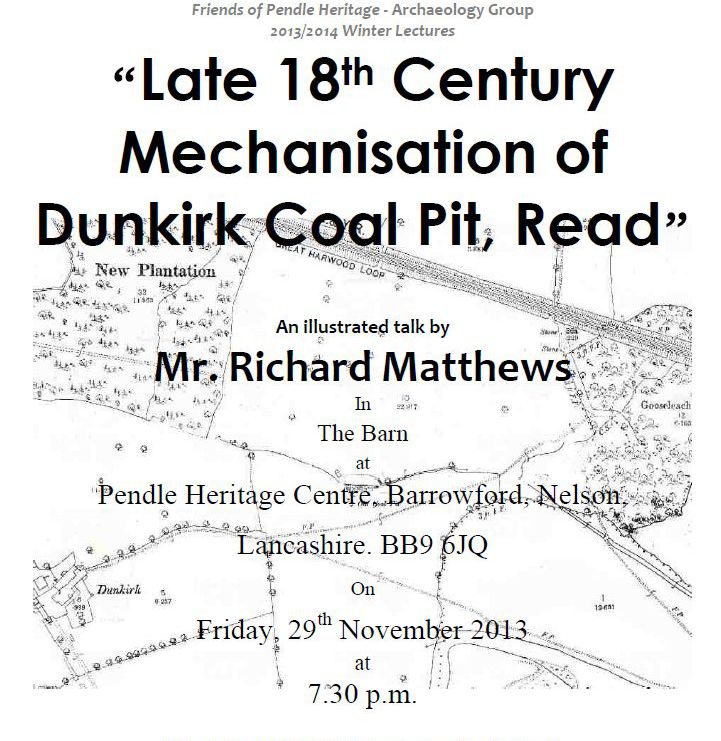 A total of 33 people turned out on a cold November evening to listen to Richard Matthews describe five years of hard physical work and painstaking research to uncover the secrets of a lost coal mine in Read near Altham.  Richard together with his colleague Brian Jeffreys have uncovered a host of fascinating artefacts, reconstructed the wheel pit and surrounding areas including sections of the old tramways and then pieced together the story of the mine in the 18th century.  Comments like ‘That was the most interesting hour and a half I’ve spent in a long time’ and ‘What an achievement’ were heard afterwards from across the room.  Roger Grimshaw proposed a vote of thanks for such an excellent talk.