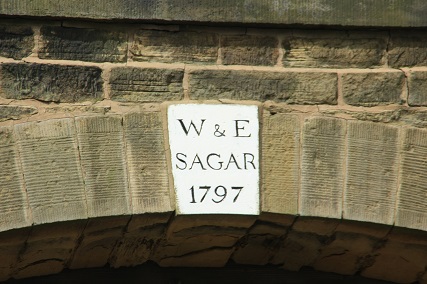 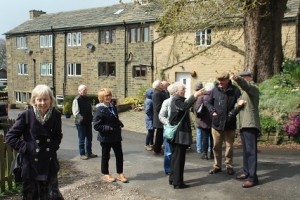 A sudden flurry of snow didn’t deter visitors to Southfield Chapel and hamlet near Nelson organised by The Friends of Pendle Heritage on Wednesday 27th April. Believed to be one of only two remaining chapels of its type, John Wesley preached at this location several times in the late 1700’s whilst visiting his friend William Sagar.  William promised to incorporate a Chapel within the barn he was yet to build which was completed in 1797, after Wesley’s death.
A most informative talk was given by Mrs Pat Frankland in the 220 year old upstairs chapel  where the sounds and smells of the farm were experienced at first hand!  A hearty home-made lunch was then served downstairs in a less fragrant atmosphere by ladies of the chapel, with some members being tempted by second helpings! 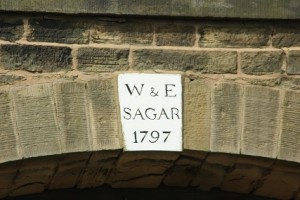 Afterwards the exterior of the buildings in the hamlet were explored with their early datestones and beautiful gardens accompanied by llamas grazing in the field.
One visitor traveled across the border from Ilkley, to visit for the first time the place of his baptism. He enjoyed an emotional reunion with a friend who still recognised him after 79 years!