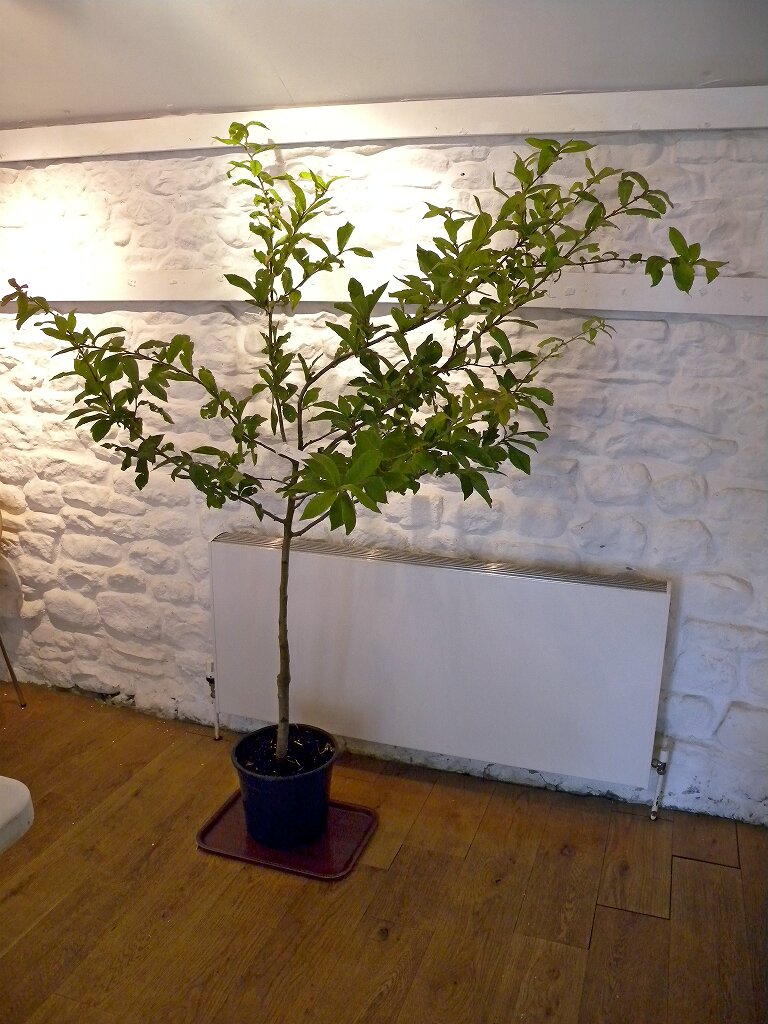 On Saturday 8 August, Joanna Tyldesley and her family and friends were joined by heritage centre staff and friends for a reception to celebrate the life of John Tyldesley, who was the inspiration behind the Garden Museum at the Pendle Heritage Centre. After a buffet lunch and presentation of the Medlar tree, John Miller and Joanna Tyldesly gave short speeches before everyone went for a tour of the garden led by John and Peter Aldred. It was a lovely sunny afternoon and we had a great time trying out the herbs and fruit and looking round the museum. Here are some photos… 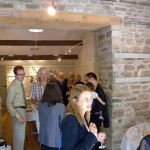 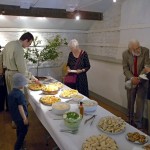 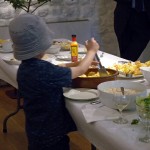 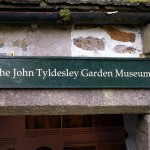 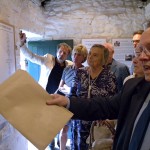 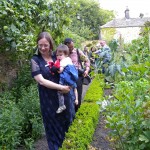 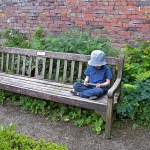 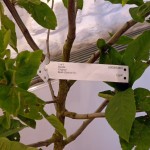 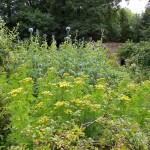 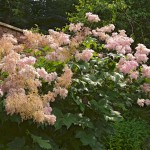 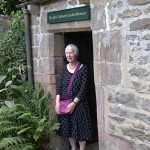 John was born in Manchester and grew up in Didsbury and Cheadle Hulme. His parents were Sam Tyldesley (1900-1969) and Constance Birtwell (1899-1975). Sam Tydlesley was general manager of the Cooperative Bank in its traditional idealist days, until he retired in 1965 to cultivate his garden. Constance Birtwell studied chemistry, unusually for a girl, in the 1920s, and she excelled at it. She worked at the Shirley Research Institute until their marriage in 1929.

John was their only child. He always suffered from poor health, but always had an enquiring mind. He helped his father in the wartime allotment, and in the home garden. He took up the violin in his early teens, and enjoyed a lifetime of string quartets with friends. He followed the developments of early music playing practice, absorbing it into his own playing.

John went to Cheadle Hulme School (alias Manchester Warehousemen’s and Clerk’s Orphan Schools), and then studied natural sciences at Christ’s College, Cambridge. He made a career in the Met Office until his mid-40s when he took early retirement on grounds of ill health. He spent five years in charge of Lerwick Meteorological Conservatory in Shetland. Gardening there was challenging, on a hill top site exposed to salt gales. One year the first crop of peas matured in early November. Parsley did brilliantly well though. After Lerwick, John worked for the Ministry of Agriculture Fisheries and Food doing advisory work with a meteorological slant. He enjoyed the detective element of matching problems (frost-hollows, wind-exposure, cattleshed-ventilation) to solutions.

After his retirement, he had several part time jobs, the last with an antiques business, which took him to salerooms where he learned a lot about furniture, and also gardening and agricultural bygones. He was able to acquire the nucleus of the gardening museum at Pendle Heritage Centre, and the one at Harlow Carr Gardens. He attended Museums Association courses on museum collections, their organisation and cataloguing, and the conservation of items.

Alongside the tools of gardening, John built up his knowledge of historical garden planning and practice. His own garden was a continual source of interest. He trained a red currant against a north wall, and trained it out to a good twenty feet. It cropped well, too, as did his vegetable garden. He liked to share knowledge.

In 1964 John married Joanna Riley, and they have a daughter Esther and a son, Thomas, brought up in Harrogate, the family home, until John’s death in 2014.

An earlier John Tyldesley, John’s great uncle, was a leading light in the Primula and Auricula Society in Manchester in the early to mid 1900s.