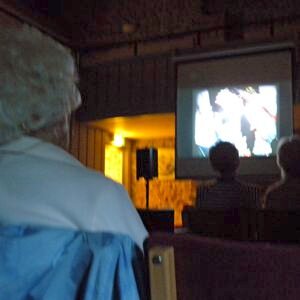 We had a throughly enjoyable AGM on Wednesday evening (27th May) with an excellent turnout. There was a short business meeting comprising reports from the chairman, secretary and treasurer, as well as those from the organisers, followed by some minor changes to the constitution and the re-election of the committee. We then had a wonderful buffet followed by two historic films by Peter Copestake of Pendle Moviemakers. 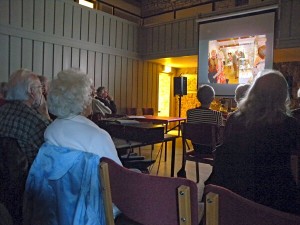 The first was a fascinating 1960s documentary of the demolition of Nelson town centre and the building and opening of the Arndale Centre. The original colour footage had been silent but Pendle Moviemakers had artfully overdubbed it with music. The second was much more recent, showing the opening of the very barn in 2007 in which we were seated, and where several members were confronted with a younger version of themselves!