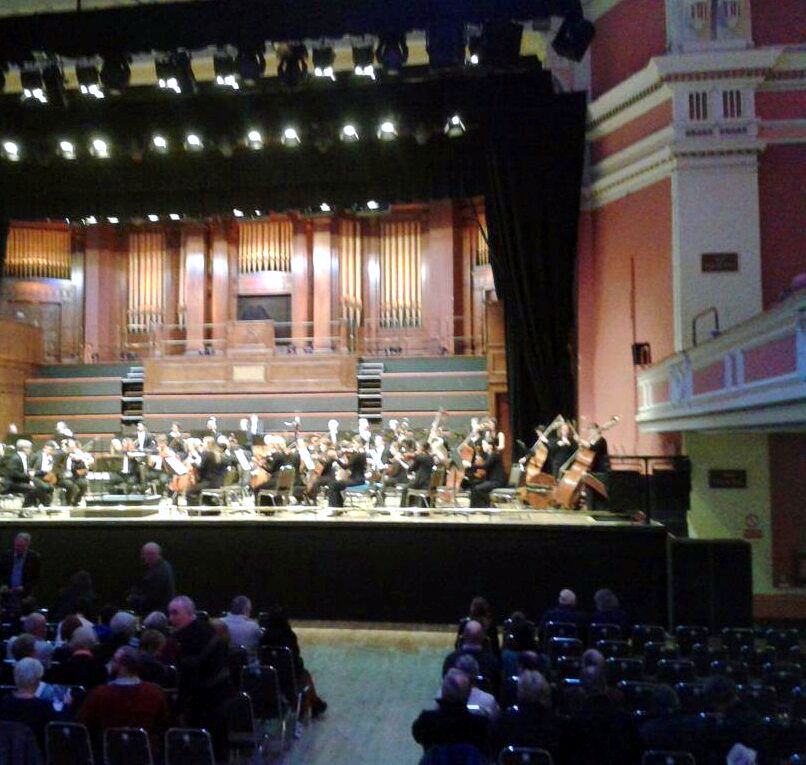 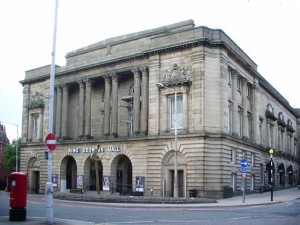 There wasn’t a lot of time after Friday’s Gardening Group to get back home, have tea and find our way to Blackburn for the evening Hallé concert. I like King George’s Hall. It’s is big classical edifice and a much friendlier place than the Hallé’s own Bridgewater Hall. For those into architecture, it was designed by Briggs and Wolstenholme, Blackburn architects responsible for some excellent buildings. The wide open auditorium is great for orchestral concerts. Its colour scheme that could have been sponsored by Burnley football club… in the heart of Blackburn! 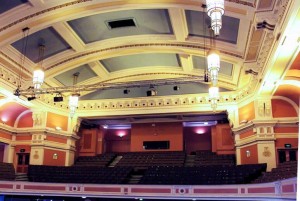 I came unprepared. I knew the programme well enough: Weber, Der Freischütz; Schumann, Cello Concerto; and, Brahms Symphony No. 4, but instead of Sir Mark Elder coming to the rostrum, my jaw nearly hit the floor when the oldest man I have ever seen was half carried down the steps onto the stage. He looked such an out-of-place figure, very slowly finding his was through the orchestra to the rostrum, which he needed two attempts to climb onto. A wave of anxiety swept the audience as everyone wanted to switch their phone back on, just in case an urgent call was needed! Slowly, this old man raised his baton and they set off with the Weber, while I frantically searched through the programme for some answers. They came quickly…  Stanislaw Skrowaczewski, aged 91, the world’s oldest working major conductor; born 1923 in Lwów, Poland (now Lviv, Ukraine), began violin and piano 1927, wrote his first symphony 1930 (aged 7) and played and conducted Beethoven’s Piano Concerto in 1936 (aged 13). I later learnt from the Minnesota Orchestra web site more about this amazing man and his career which, this year, involves a world tour! 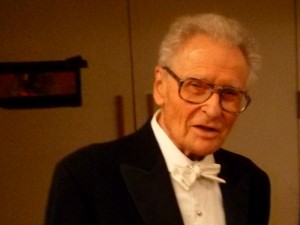 The music was superb. Skrowaczewski’s interpretation was different to what you normally hear. It was very lyrical, especially in the Brahms. Perhaps, this was how they played it in the early twentieth century. It certainly felt we were being taken to a different era. The audience loved it and when Skrowaczewski, always smiling, finally left the stage waving to us, a great cheer rang out around the auditorium.