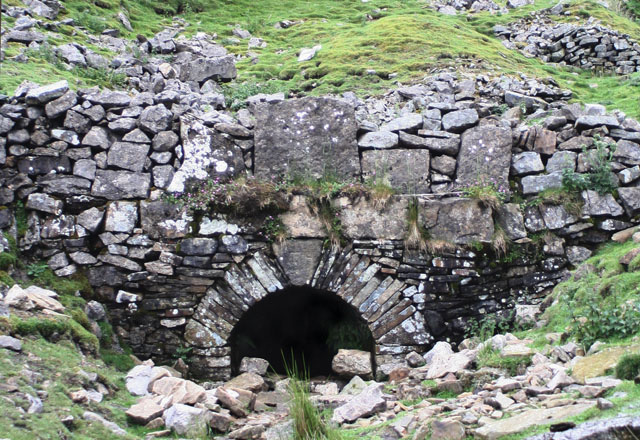 Last Wednesday the barn was packed to hear Richard Matthews and Brian Jeffery tell a story that in turn was both humorous and sad but ultimately enthralling.  Richard’s gift for telling a story, together with painstaking research kept the audience riveted to the subject as he unraveled how a mystery that puzzled many for over half a century has finally been solved.  The story starts with a group of students exploring the disused lead mines of the Yorkshire Dales stumbling across a skeleton hidden deep within Buckden Gavel Mine.  Nicknamed ‘Buckden Bill’, after an inquest in the Coroners’s Court, the remains were buried in unconsecrated ground and the effects stored out of sight in Skipton for many years.  When The Yorkshire Dales Mining Museum took ownership of them, Richard became involved and the story moves up a gear. The explanation of what had almost certainly taken place and equally importantly, when, was then laid bare.

To hear this story from the man who worked so hard to unravel its secrets was a rare privilege, as demonstrated by the number of cavers and mining enthusiasts in the audience (this set the heart of one lady member all a flutter!).  Credit must also go Brian for identifying a critical family tree which finally closed the loop.  This then is the true story from the men who researched it.

The writer has included few details because hopefully, Richard and Brian will include this fascinating talk in their regular repertoire of lectures and I don’t want to spoil it for future audiences.  If you get the chance to hear it, my advice is; attend.  You won’t regret it!