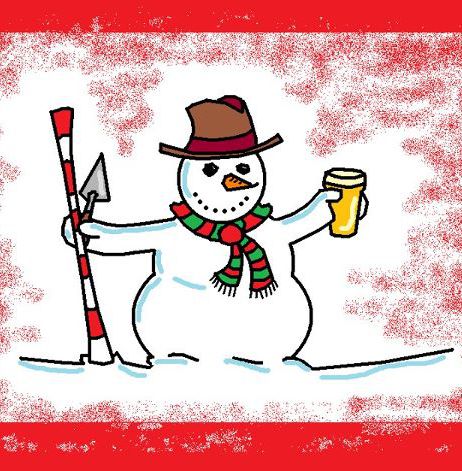 The Archaeology Group held its Christmas party in the barn function suite at Park Hill on the evening of Saturday 14th December.  A quiz started the evening.  After indulging in a buffet of quiche, cold meats, salads, trifle, mince pies and a slice of Gillian’s excellent Christmas cake, we were expected to take part in energetic games organised by Michael and Georgina.  Having played musical chairs and chased the pig (a balloon) and burst several balloons while dancing (don’t ask) we were then given less strenuous but more skilful games to play such as boules using potatoes.  The evening drew to a close with the singing of traditional carols.