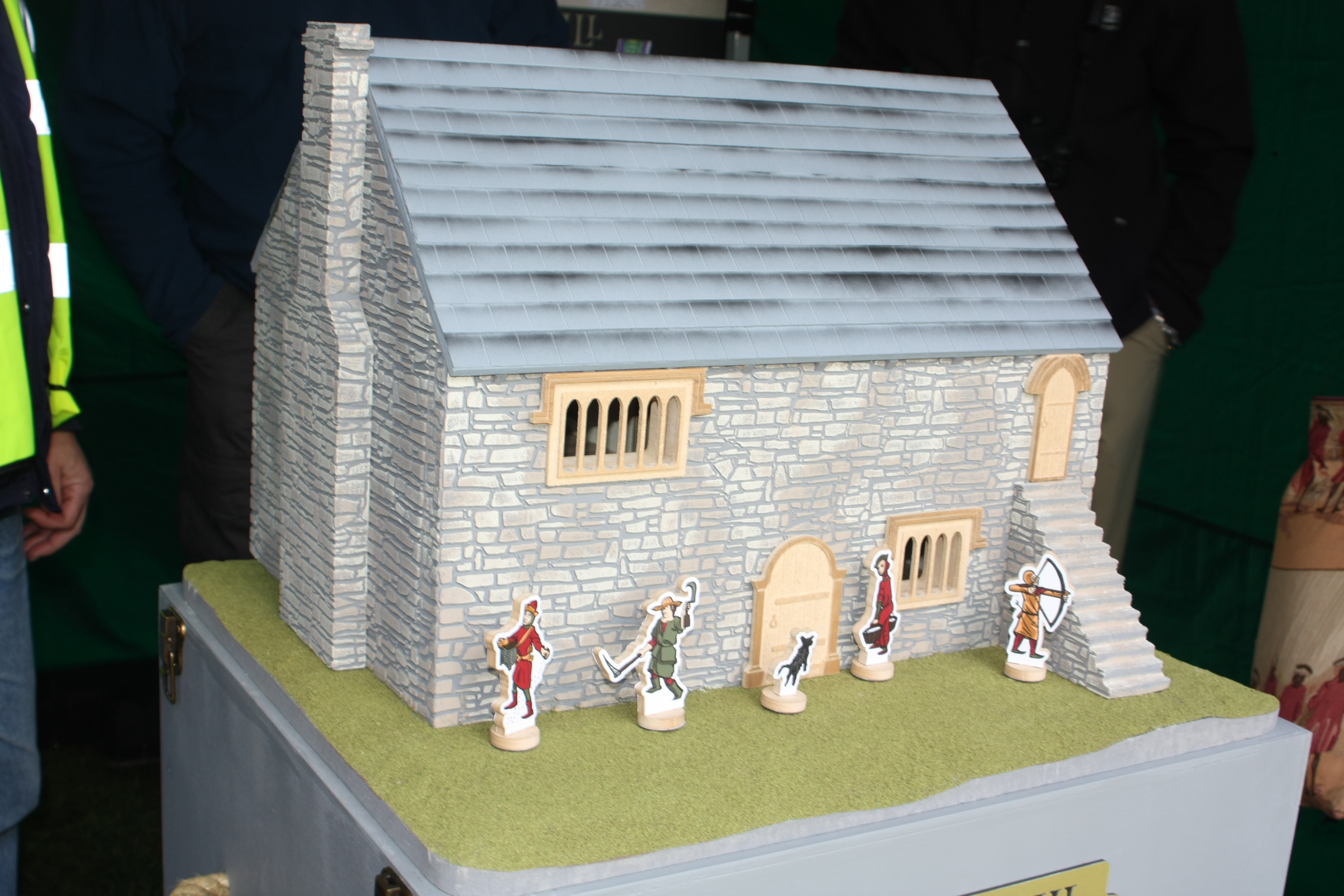 The site of the Norman Manor House at Ightenhill, near Burnley has been known for many years.  Almost nothing now remains of the building.  The current owner of the site, Ightenhill Parish Council, made a successful bid to the Heritage Lottery fund.  With the help of the local community,  the site and the area around it was surveyed and researched.

An event was held in Ightenhill Park on Sunday 26th of April 2015 to celebrate twelve months of work.  A model of how the Manor House may have looked in the Middle Ages was on display, whilst an illustrated information board had been placed at the actual site.

The Parish Council is conscious of its responsibility to protect the site which is an important ancient monument and as yet has not submitted an application to undertake an archaeological dig at the site.