The weather played another blinder today. On the way to the site today I mused that for the last three days the Find Of The Day had been won by people on the first day of their first dig. Yet by early afternoon it looked to be going to a particularly nice sherd of Staffordshire Combed & Trailed Ware (c1675 to c1770 AD), from Trench 2, found by someone on their second day. More of that later.

Slab structure from the West

In Trench 2 today they bottomed out Context 2. This has confirmed that the slab question mark found previously is actually a structure And most of it is resting on the top of Context 3. The bigger slab toward the centre was originally a roof set with the downward side now pointing upward. Views of the structure in the images above & below 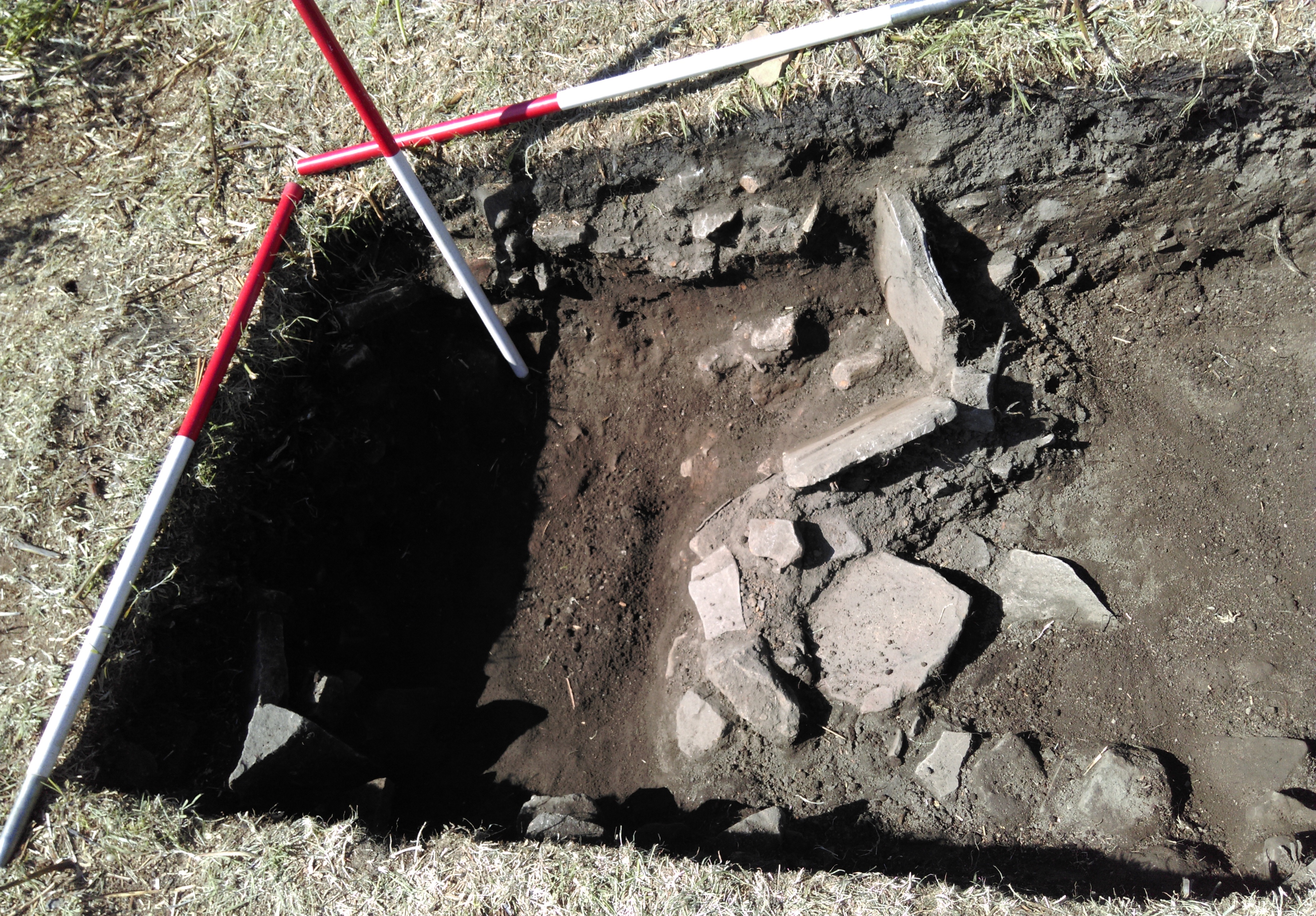 Slab structure from the South East

Meanwhile back in Trench 1…..we removed most of Context 2 and delved into Context 3. This contains a myriad of jumbled sandstone from pebbles to good sized rocks with a lot of voids and a small amount of brown/orange soil similar to that in Context 2.
In the afternoon one of our younger volunteers was clearing back to the top of Context 2 in Trench 1. About an hour before we finished she found a lovely little rim sherd of a hand painted square jar with recessed lid (it sat on the lip to the left & was kept in place by the rim to the right – see pic below) – probably C18 and English but there is a very slim chance it could be earlier & Dutch or Chinese (see the header image as well). Surreally enough she was digging at a proper excavation for the first time……spooky eh? 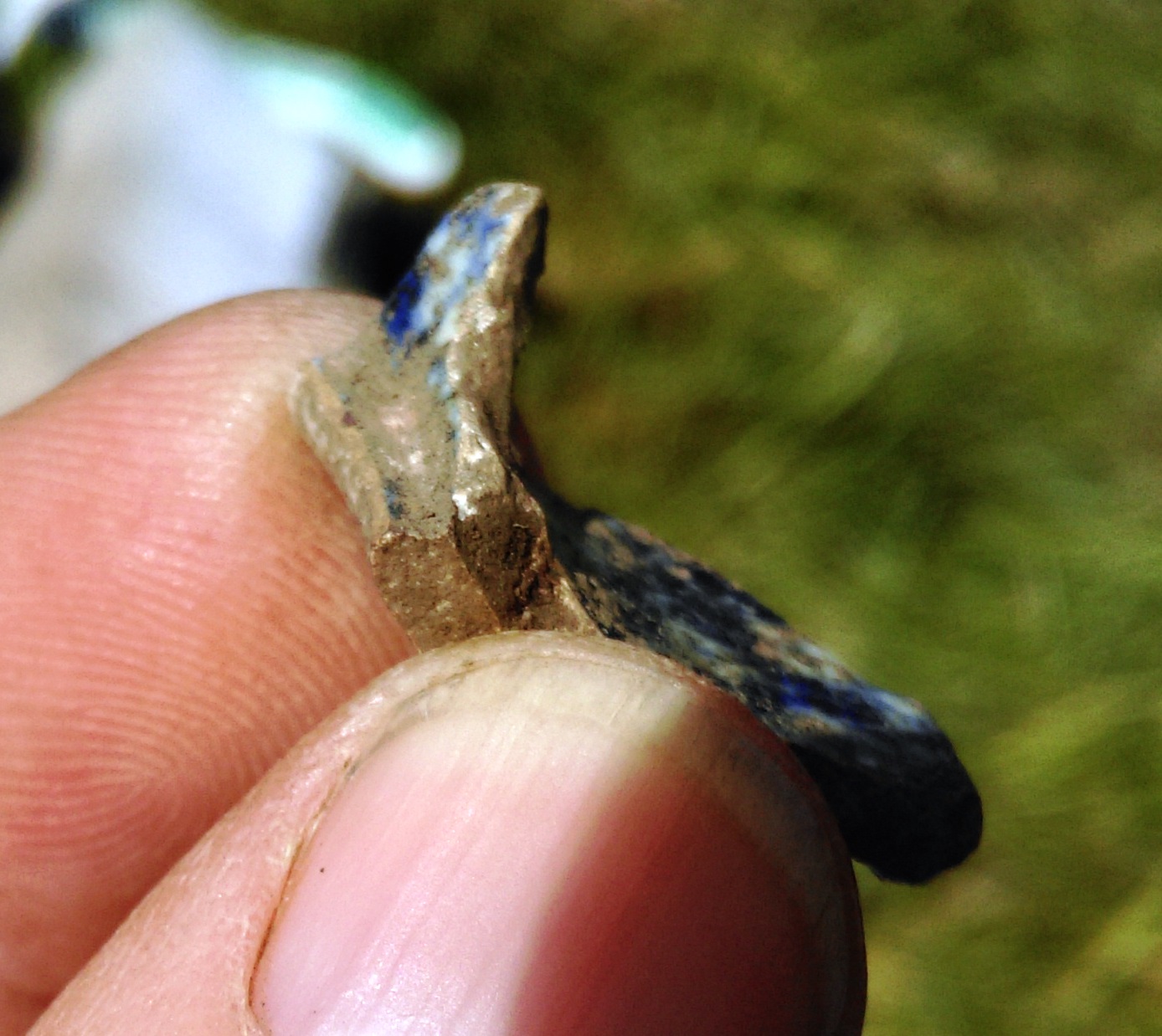 Hand painted, square jar with recessed lid (it sat on the lip to the left & was kept in place by the rim to the right) – probably C18 and English