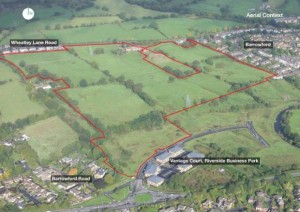 Access has been granted to the Trough Laithe site by Pendle Council where up to 500 homes could be built. The area is believed to comprise parts of a medieval pasture enclosure, part of the Forest of Pendle vaccaries complex established around 1290.

In an often tetchy three hour meeting of Pendle Council’s Development Management Committee which saw councillors verbally clash with campaigners on several occasions, councillors voted in favour of Peel’s outline application seeking access to the site off Barrowford Road but reserving matters in terms of scale and design.