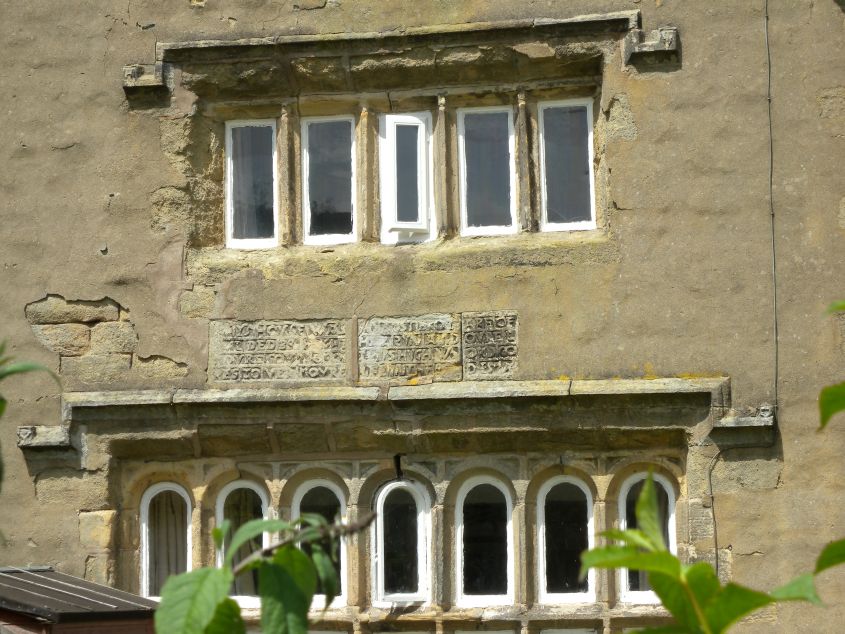 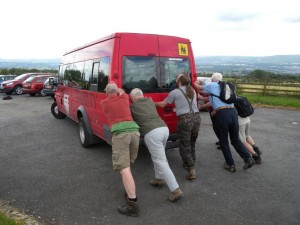 Today’s walk was sunny and very enjoyable. It began with several of us pushing a minibus that had broken down!

We looked at a wide range of landscape features and buildings which lay south-east of Sabden village, including Dean House built in the 1560s, perhaps the oldest surviving house in the Pendle area. We found many fragments of bloomery slag on a raised site near Sabden Brook, suggesting a medieval bloomery and a mysterious former water lodge behind. In addition to Dean House, we also noted the eighteenth century Dry Corner farm which has attractive tripartite windows and Chew Barn which appeared to be early  nineteenth century, both looking like intake farms. A full report will follow in due course. 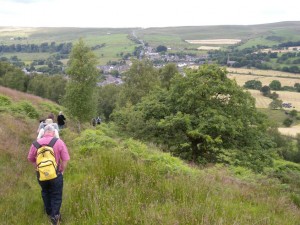 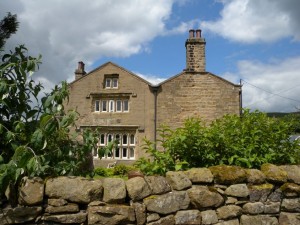 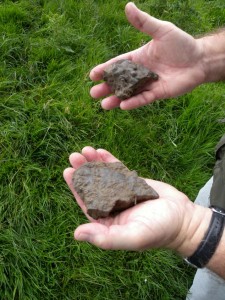 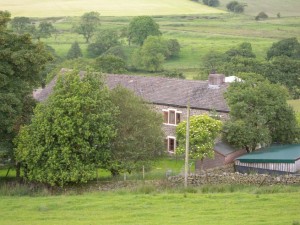 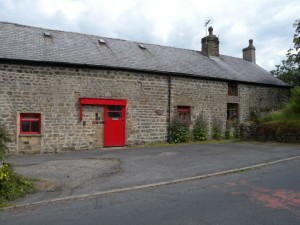