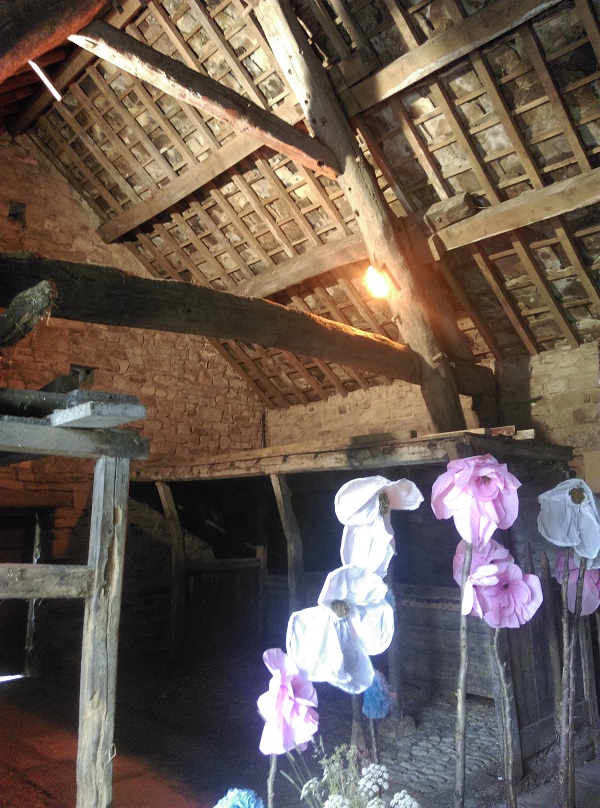 Our day started with a slight twist. Having finished our pre walk meeting in the Heritage Centre Café (aka The Office) – we were invited to take a look at the newly renovated cruck framed barn. This has gone from an agricultural use to a marital one. Today it was being bedecked for a wedding (see image). I hope it was a happy event and went without a hitch (except the official one). 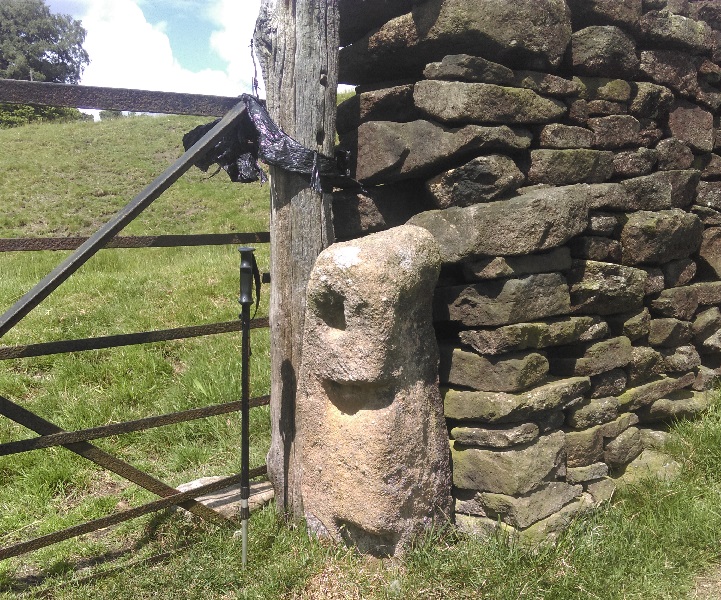 The walk itself started near Old Hall Farm, Roughlee, and initially followed Pendle Way west north west, roughly. There seem to be a number of old building platforms in the hay meadows above the village. No detail was discernible due to the height of the flora. Higher up we encountered numerous quarries before briefly joining the road that runs north out of Roughlee. Just before we did that we spied a set of old gate posts (image above) that are either medieval or early post medieval. After our brief stint on the road we headed along the north east edge of Brown Hill. This afforded us a fine view (image below) of the subject of two walks from earlier this year – Admergill. 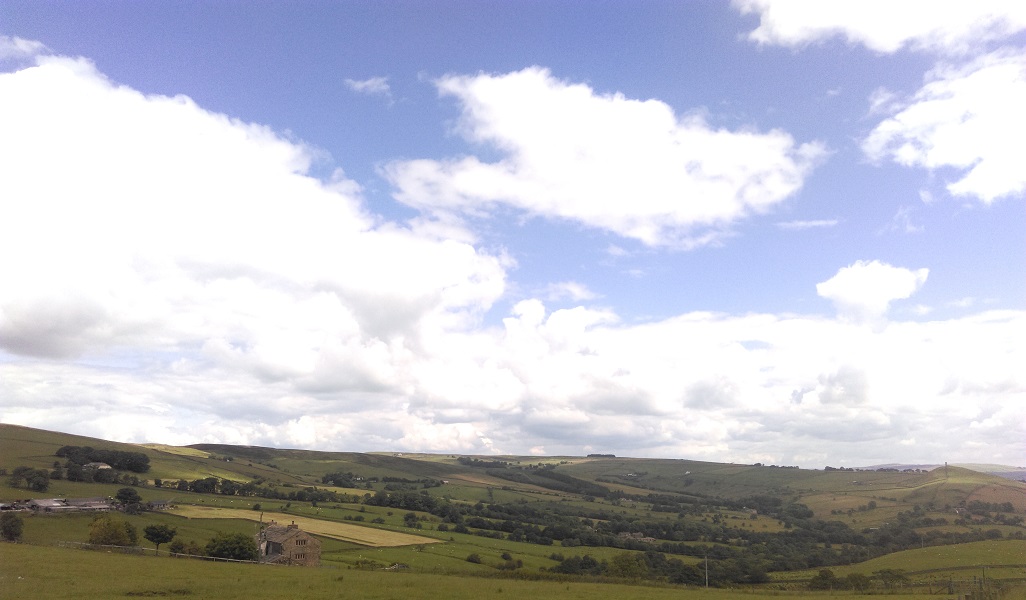 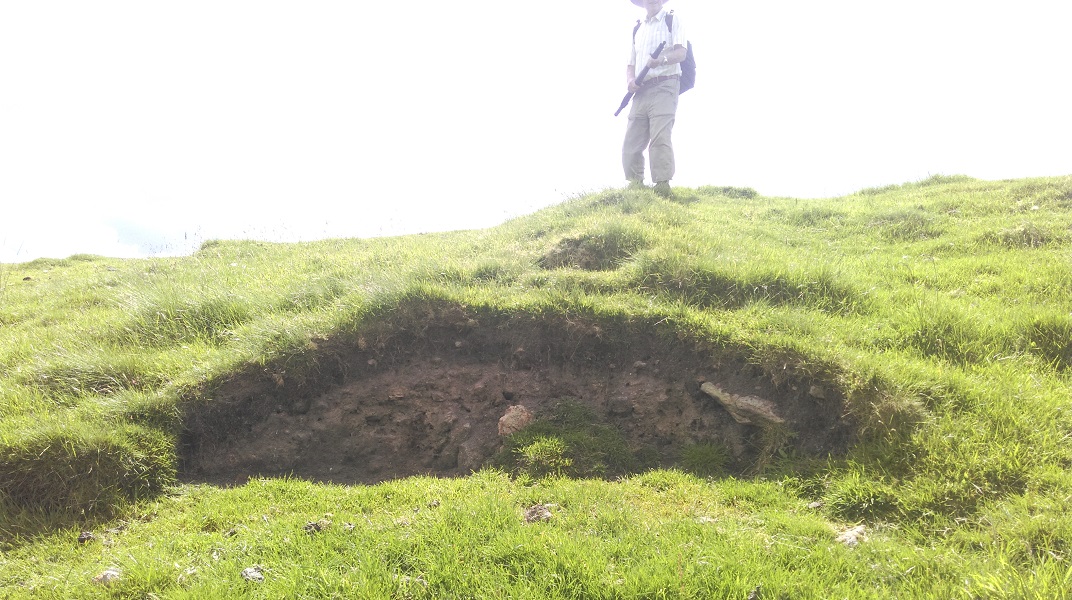 At the north end of Brown Hill, running up to its summit, we noticed an old double ditch and bank. The image above shows it in section (courtesy of erosion) with its crown elegantly highlighted by legs. The feature becomes better defined the lower you go. It warrants further investigation. We stopped for lunch nearby and enjoyed the excellent views – like the one in the header image looking west along the Hidden Valley toward Spen Brook. After lunch we headed north east along the ridge, stopping for a look at Hollin Top Laithe Barn (one for recording) and its ancillary features – stone gatepost, walls, troughs, pitched track etc (image below). At Bank Ends we dropped down to Blacko Foot and paralleled Blacko Bar Road. In fields near North Farm we saw platforms & a banked ditch that need some research. They are on the old aerial images of the area but no clues are offered by the early OS maps. The ditch defines the edge of an area of intense ridge & furrow activity. From here we followed the old, possibly medieval, road back to Old Hall Farm and the end of the walk. 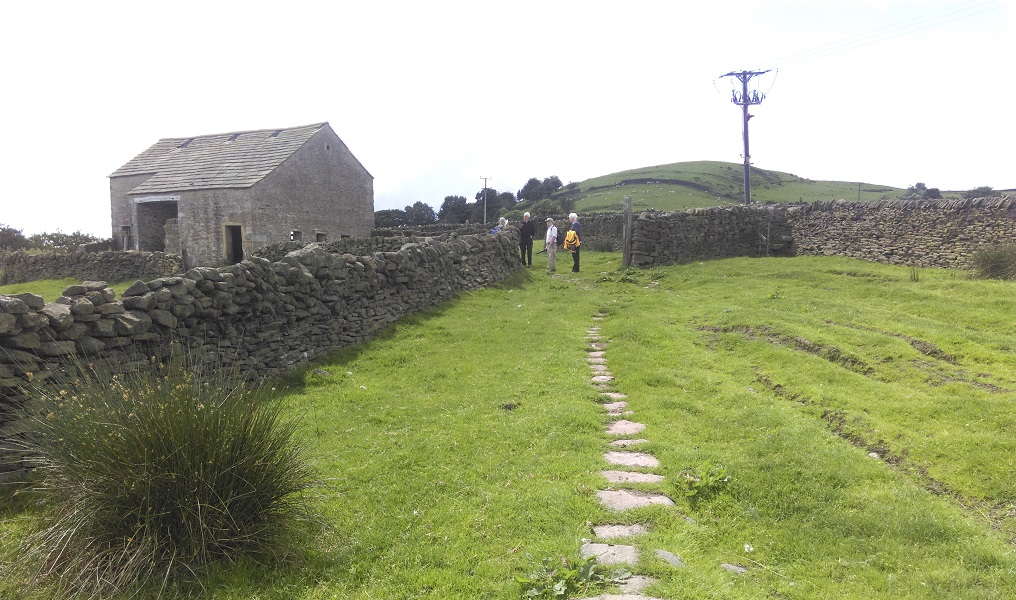 One objective of today was to look at a possible chert knapping site identified on one of the fieldwalks that comprised Phase 1 of the Pendle’s Hidden Valley Project. More material has eroded out of the site in the past year or so. I am now happy to upgrade the site from possible to probable.
I know I keep banging on about joining us on these walks because you never know what secrets of the past you may discover, or what surprising sights you may see, but it really is true. So join the Friends of Pendle Heritage and join us one of our field walks, digs, or other events. On which note, the final image was possibly the oddest thing seen today – not sure what Mother was saying to our kid but possibly summat along the lines of “Dunno what it is, but its been there since Noah were nobbut a lad” 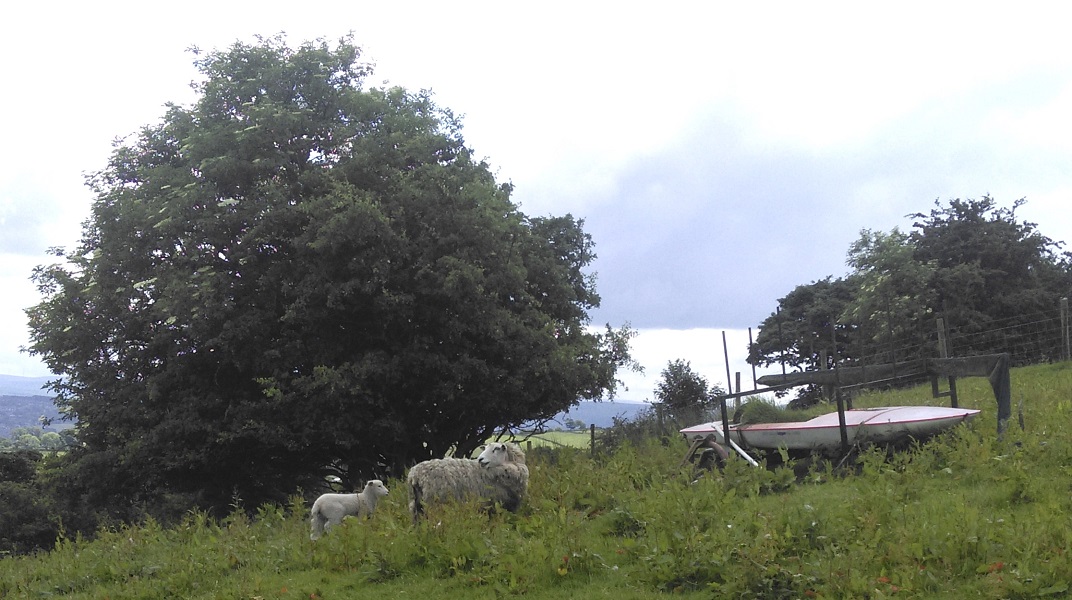