We were joined today by some budding future diggers who all produced some interesting stuff. Find of the day went to a rather sweet little suspended weight (top row 2cnd right in the pic below) – possibly from a clock. More Victoriana today, including some more cranberry glass, part of a commerative tankard, & a complete glass stopper. Some bones were also found associated with a small pile of stones. They appear to be from a pet lamb or puppy. In the bottom left of the picture are three sherds that date to the late eighteenth century. The average age of objects at this lower level is older though small pieces of early twentieth century pot are still present (probably due to worm/mole activity). 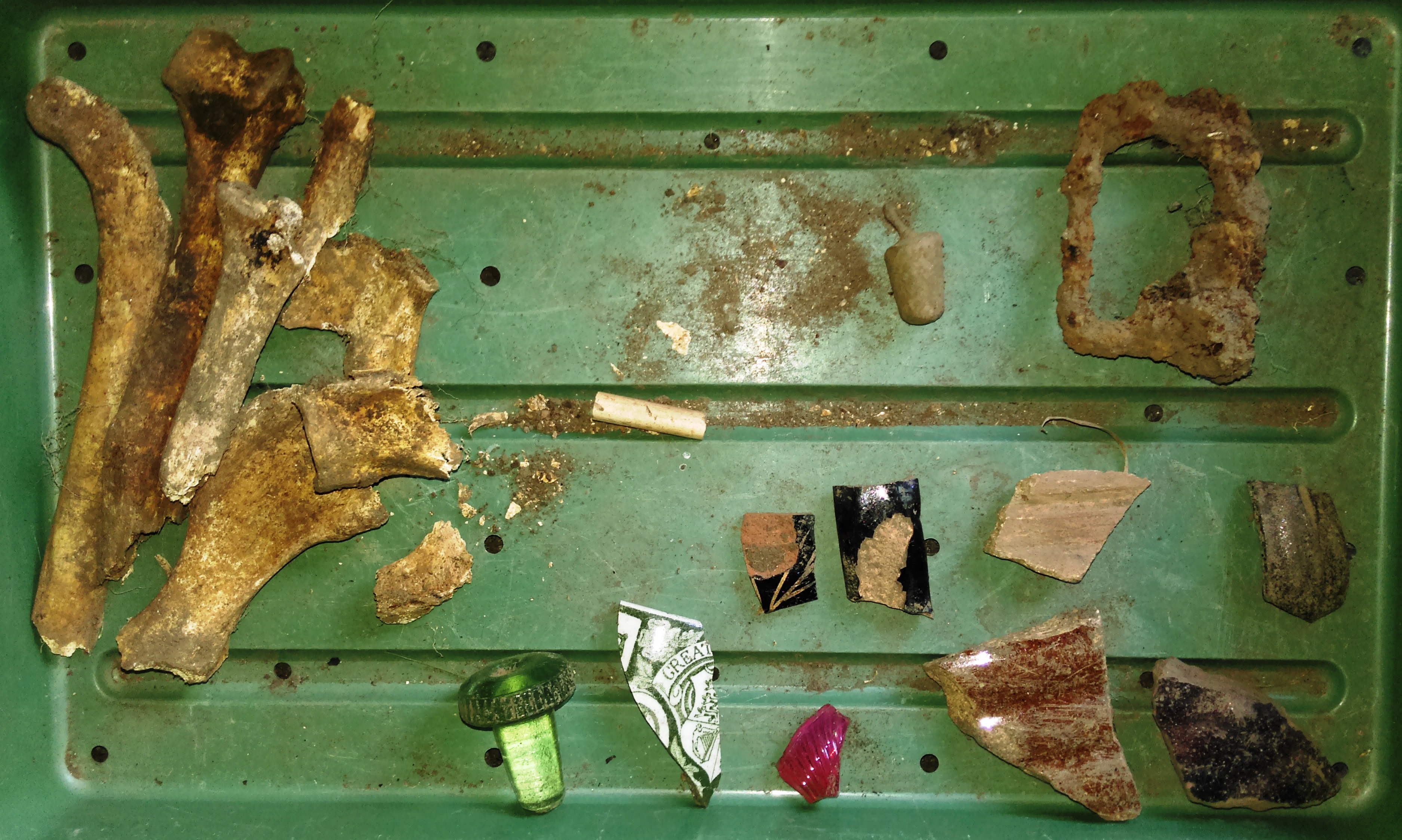 Today trench was extended east by 500mm but at the west end the direction was down. The image below shows the top of Context 2 (the first one below the rather deep top soil) before excavation started on it. 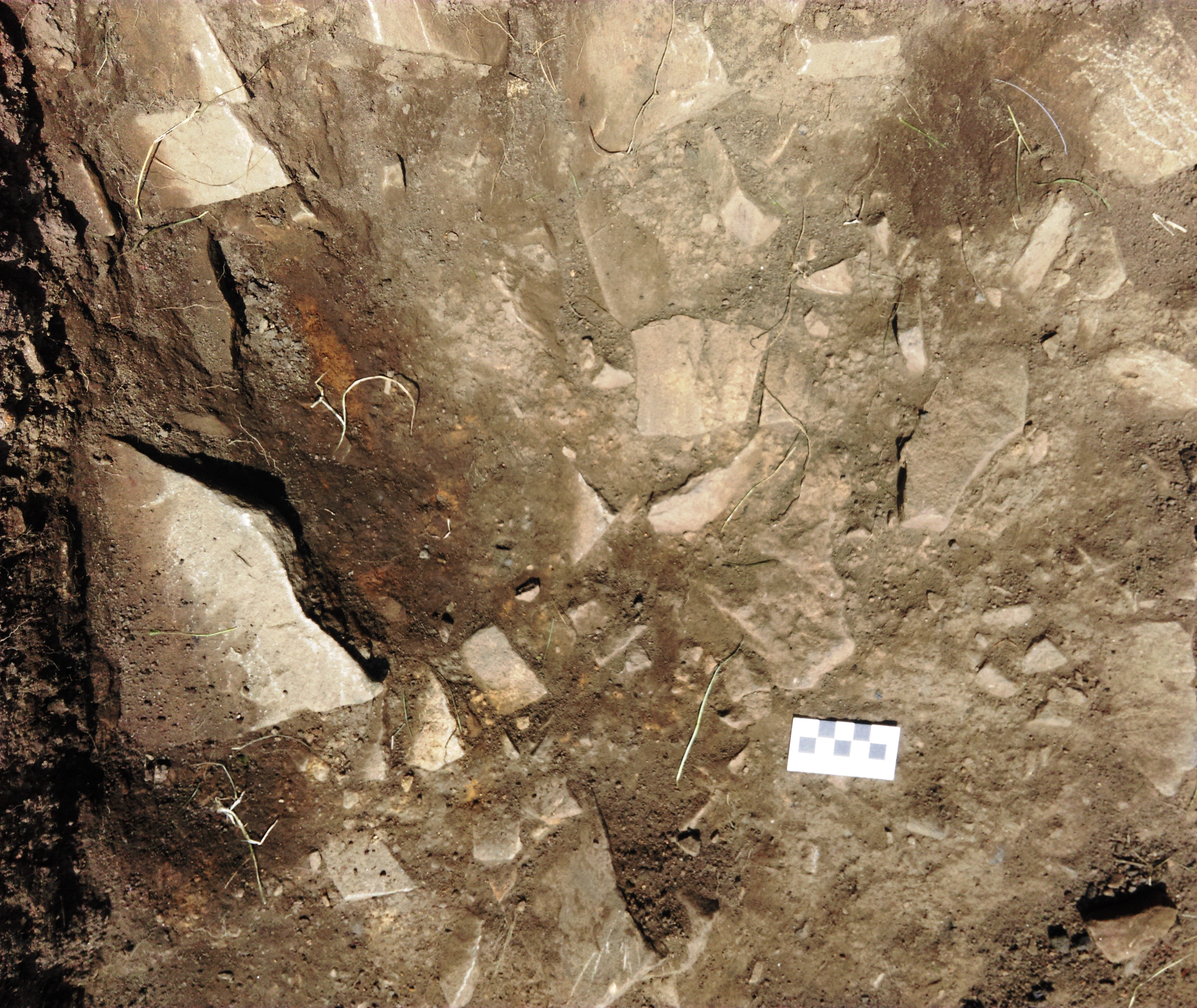 As you can see in the one spot near the section wall – the material between the myriad pieces of flat sandstone is an orange colour. The lie of the stones prove this layer is not natural but so far the context has been rather sterile. The header image shows the sum total of finds from this strata so far. The slipware is a sufficiently large sherd to allow to presume it was probably contemporary with the surrounding material. It probably dates to the 1600s. This is about the time that stone buildings were erected in the settlement.

Target tomorrow is to find context 3 – we may also open a new trench over a tantalising pile of stones – come on up & have a dig or a look – the views are still fantastic.