Our lecture season got underway Friday evening (25th September) with a most interesting and informative talk from Peter Higginbotham, entitled ‘Workhouses of the North’. From as early as 1601 laws were passed to provide ‘out relief’ for the able bodied poor but it wasn’t until 1723 that parishes were granted the right to refuse ‘out relief’ and require people to enter a workhouse if they were unable to support themselves.
In 1834 an Act was passed requiring around 15,000 parishes to form Poor Law Unions and their own workhouse. Across the country, workhouses were built to provide grim accommodation for those who entered its doors. If a man entered, so must his family where immediate segregation took place – men, women, children able bodied, infirm. Issued with uniforms and fed on a monotonous diet of gruel, bread and cheese with occasional bacon, vegetables etc.
Between starting the day at 6.00am (7.00am in winter) and going to bed at 8.00pm, ten hours of hard work was required from all able bodied inmates. This could be as tedious and physically demanding as breaking stones for the men and picking oakum (pieces of old rope) for the women.
Conditions improved slowly towards the end of the 19th century and by the 1930’s they were used to house unmarried mothers, the elderly and the infirm until 1948 when many were converted to hospitals with the formation of the NHS. 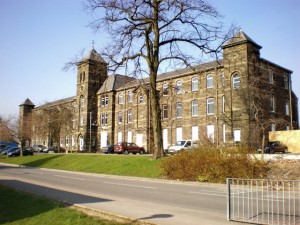 A most enjoyable evening but for those who would like to know more, Peter’s book ‘Workhouses of the North’ is on sale in the Pendle Heritage Centre bookshop priced at £12.99. 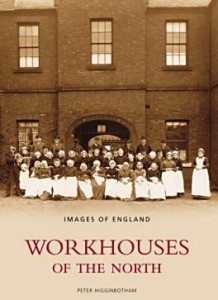 2 thoughts on “Workhouses of the North”