Another vigorously breezy yet sunny day with lots of enthusiastic diggers helping out. 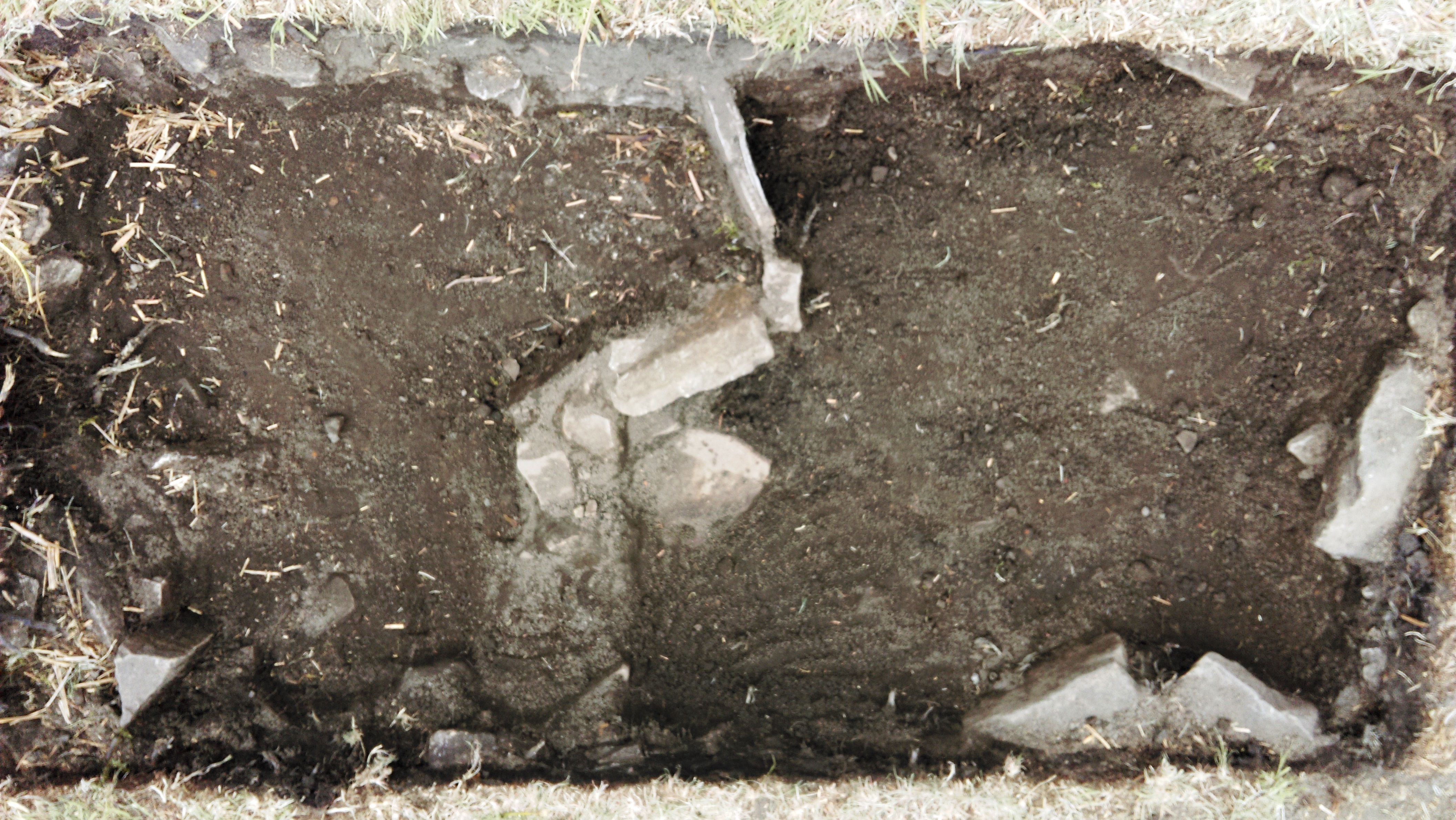 Trench 2 has revealed what may be the first proper structure (not counting the pet cairn in T1). If you look in the photo above its the top of the question mark. Two slabs have apparently been set on end and packed into place with smaller more rounded stones. It is quite possible that this represents reinforcement of a more temporary structure – possibly an attempt to fox/mustelid proof a chicken pen. 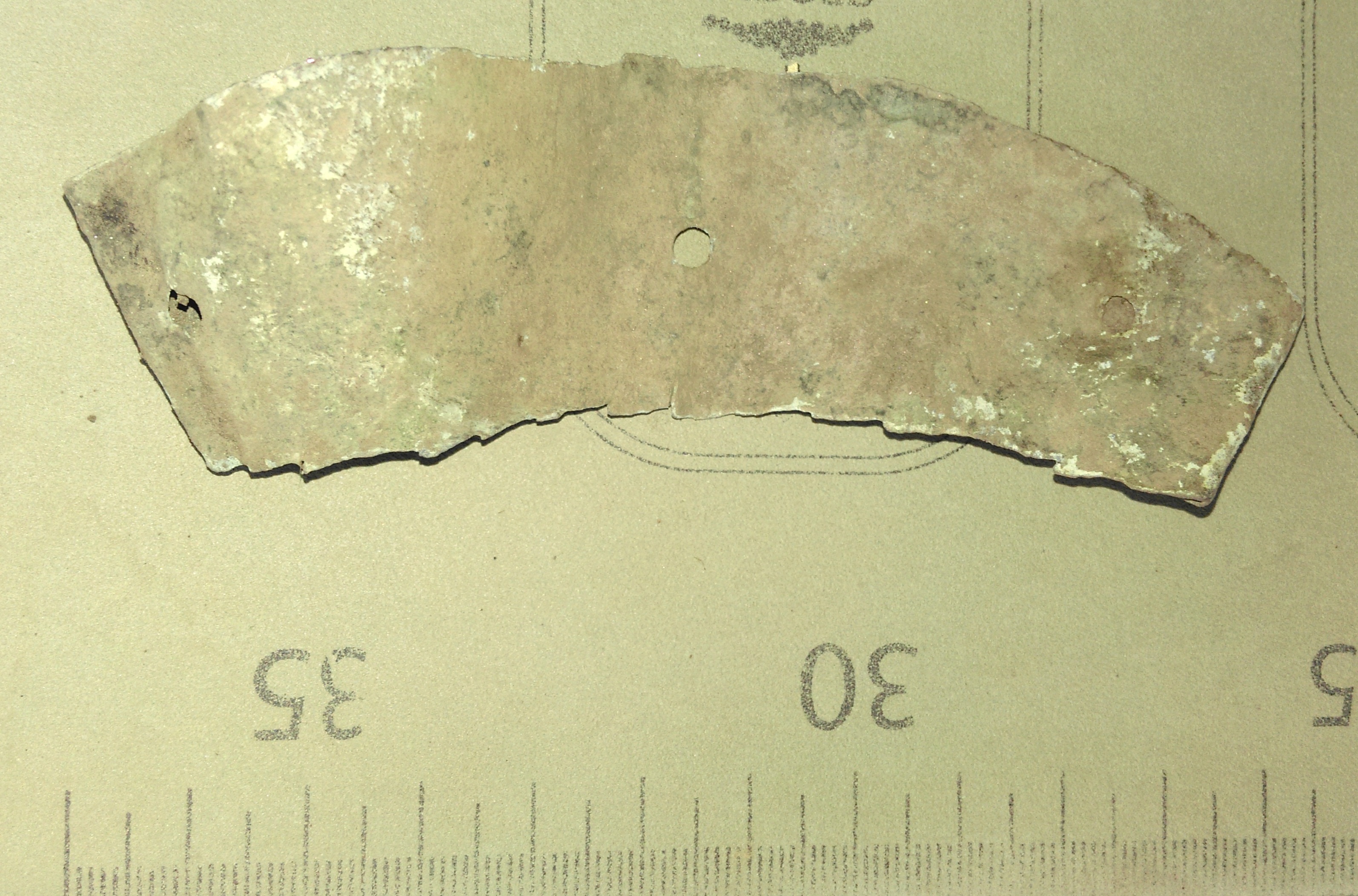 Competition for find of the day was between two things found in Trench 1 & by the same person. The rather sorry recycled copper alloy band above was the likely winner for the first part of the day. This was superceded by the discovery of the object in the header image – and no its not a fire baked spud. The top of a skull was revealed. I took over its excavation so that we had a chance of getting it lifted safely by close of play. This was managed and its now ensconced in its spud disguise. The picture below shows it during excavation. It had been underground for at least a century before we disturbed its rest. It would make a great display in the Heritage Centre museum but that is unlikely unless funds are donated for is stabilisation & preservation. 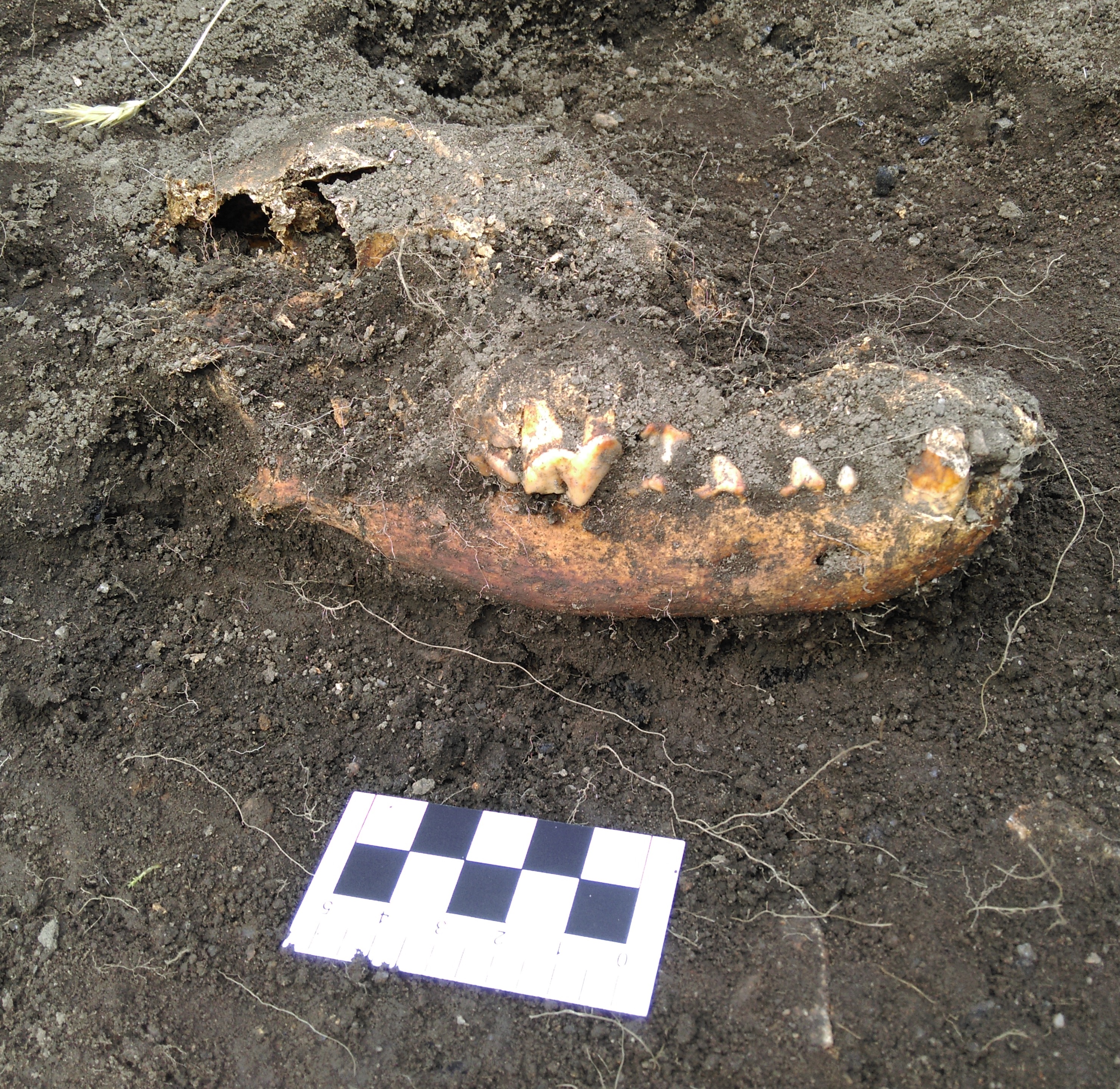 Elsewhere in Trench 1, more of context 2 was removed (see below). This is now nearly as deep as context 1 (topsoil) and is full of voids, not orange soil, between the stones. I am beginning to suspect it may have to become a new context. 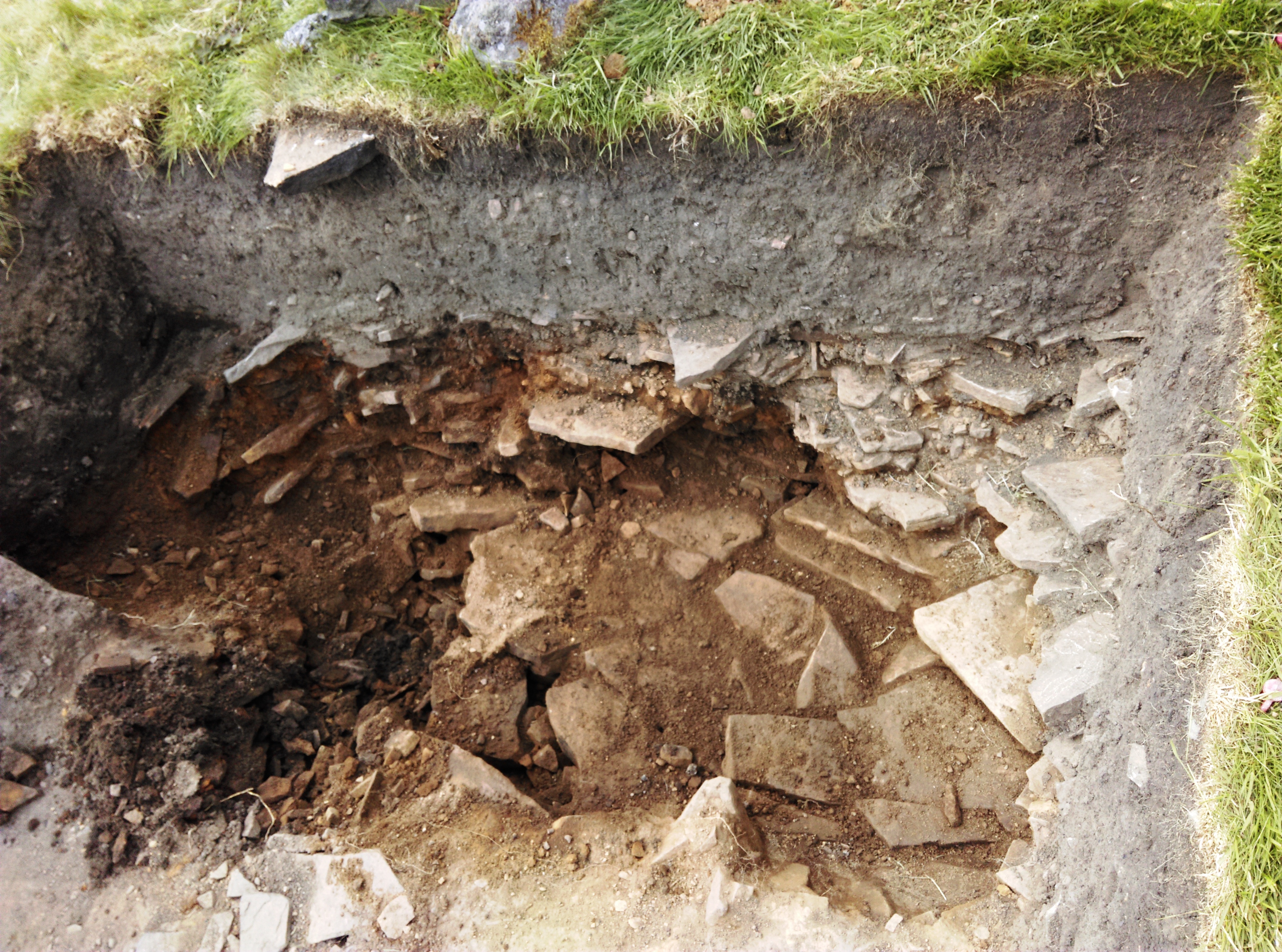 Trench 1 – looking down into context 2 (apologies for the loose)

If you want to have a wee delve into Pendle’s secrets, come and join us. The trenches will remain active until the weekend. You could even help pick a name for the piecemeal pooch.
June 1, 2016
Uncategorized 2 comments Gingerling Design
← In The Sun Out Of The Wind – Summer Dig Day 4 In A New Context – Summer Dig Day 6 →