On Saturday 10th October a team of volunteers from the Pendle Methodist Circuit spent an invigorating morning tidying up the historic graveyard over the Mirage in Trawden.

This ancient burial ground which dates back to 1687, when local Quakers gave over the land to the Quaker Movement.

Since 1858 the cemetery has been used by Non-Conformists, with its most famous “resident” being Sir William Pickles Hartley, local philanthropist of jam making fame who was buried there in October 1922, and his family. 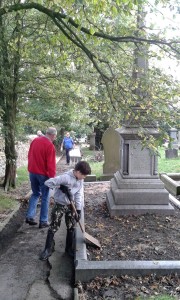 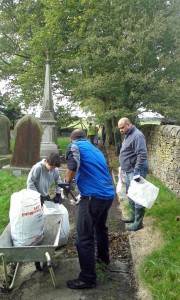 Sorting the path out

One thought on “Trawden Cemetery Clean Up”