It was a day of mixed conditions, with a general trend to improve as the day wore on, all in all quite a pleasant spring day – in high summer. The object of the day’s walk was to have a look at the western flank of Bank Hill & see if clues could be found in the area that would explain the presence and purpose of the kiln we are currently excavating above Craggs.

We started below Churn Clough Reservoir, and then walked to what I assumed was the site of Oddy House. This ‘House’ was probably a small building occupied on a seasonal basis. We found what I thought was vegetative evidence of the plan of the building but its accompanying walls & well seemed to have vanished. Not surprising as the actual site was about 100 metres further north. The odd, & possibly important, thing is that the site had been artificially cut & is on the junction of two paths. It has also resisted the invasion of the rampant bracken. The area is also very obvious on the aerial photos of the 1940s & 1960s. For the moment its purpose & origins are a mystery. 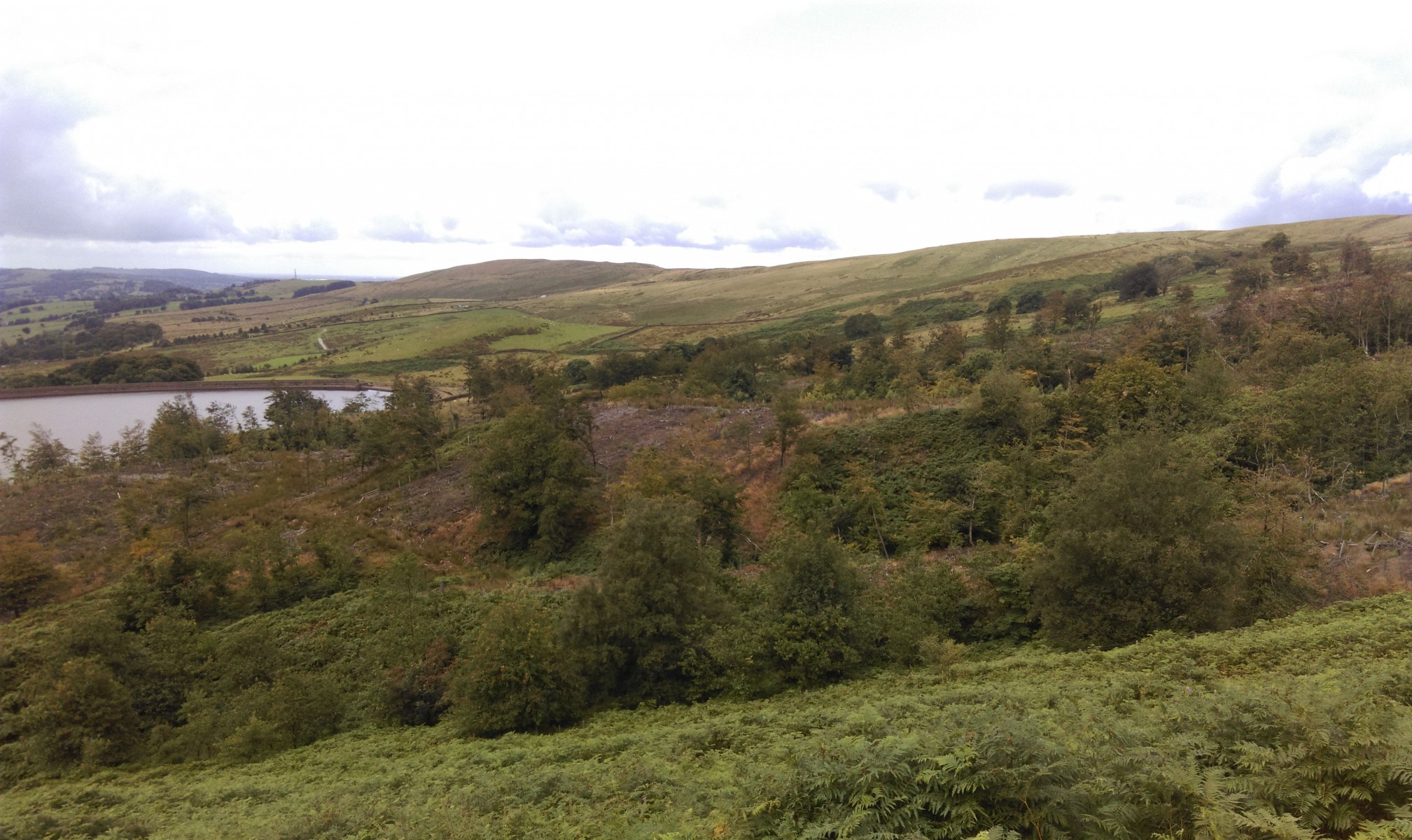 After picnicking in the shelter of chest high bracken (head high for some) above the ‘new’ Oddy House we tried to pick up evidence of earlier field boundaries & earthworks on the upper slopes of Bank Hill. We found enough to warrant a return visit when the bracken has died back. A sheltered platform was found at over 1000 feet above sea level. Also of note was the presence of limestone in the glacial deposits above this platform. 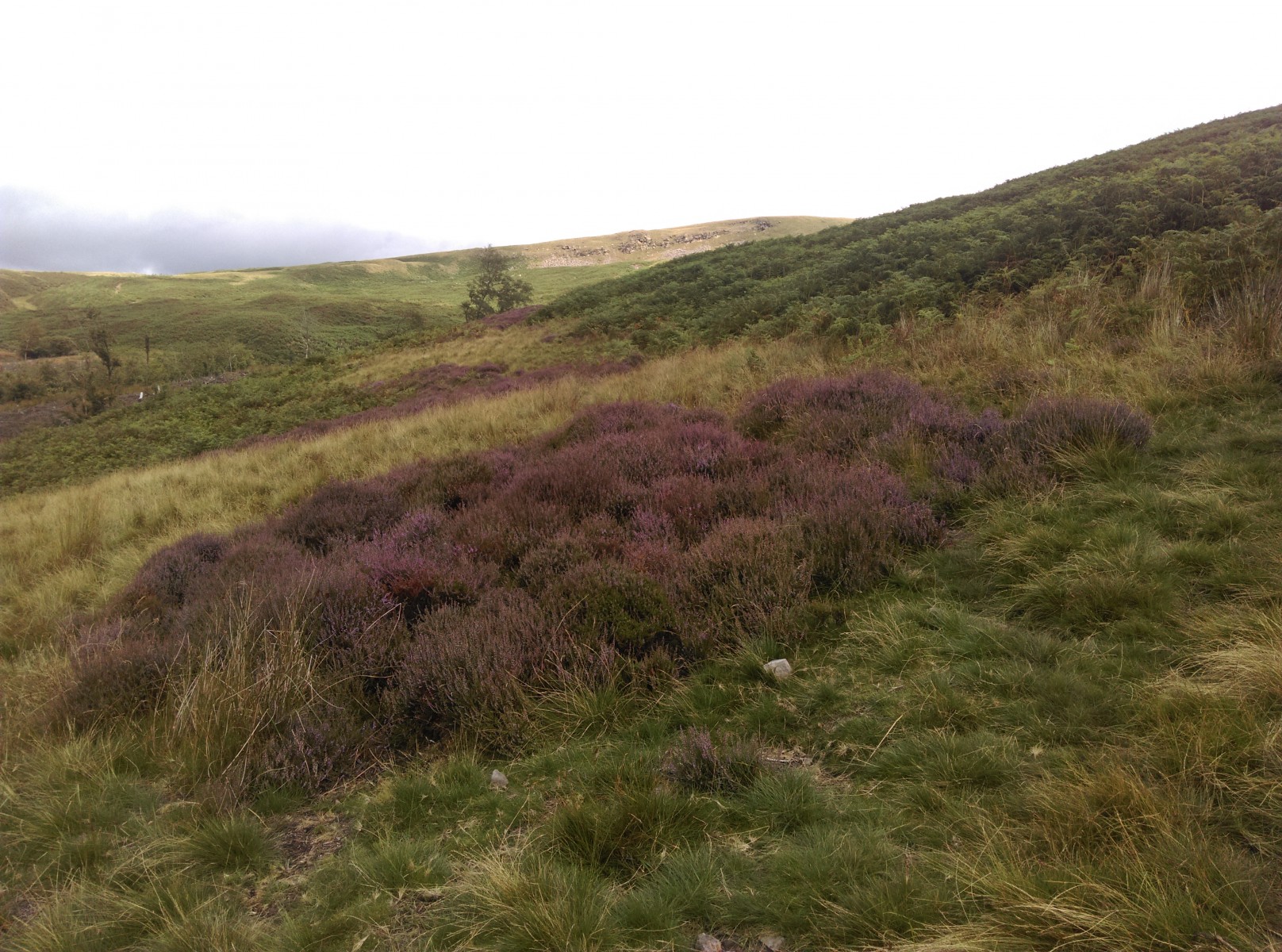 North to Deerstones from Bank Hill

After topping up our lunch with bilberries from the top of Bank Hill we contoured via old peat cuttings & small quarries toward the Deerstones. To the east of Deerstones is a series of ancient looking drystone walls that need closer attention. They look prehistoric but evidence of early, low tech quarrying at Deerstones means a cautious approach is needed in interpretation. This quarrying seems to be in order to extract nodules of iron bearing sandstone. We shall also be spending at least a day looking at the Deerstones’ environs at a later date. 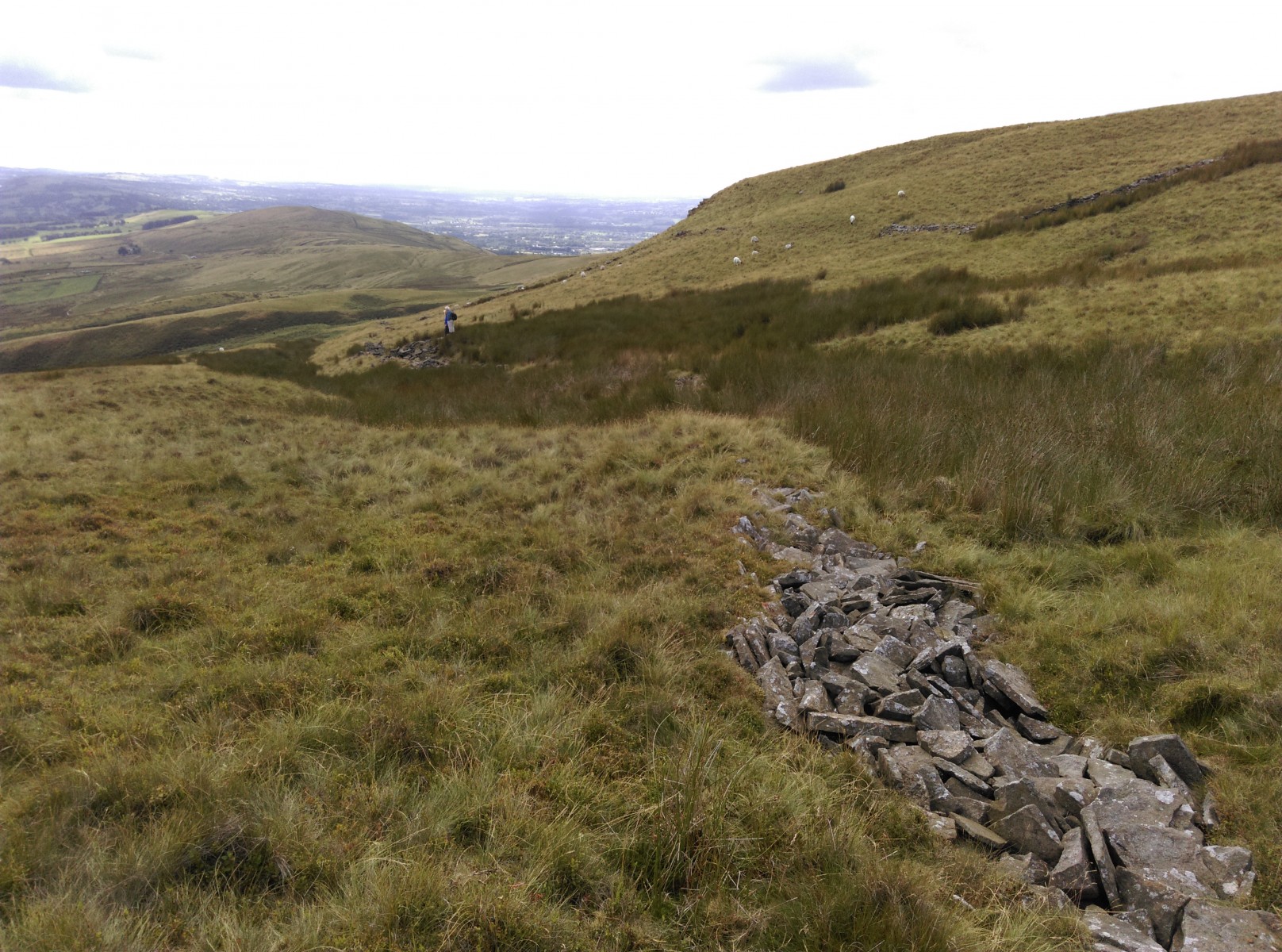 The walk has shown that our two main suspects for the kiln were available in its surrounds. Frustrating, but it’s another piece of the puzzle found though where it belongs is still uncertain. We’ll put it into the pile & hopefully as we learn more we will find out where it fits.

Walking back down to the reservoir showed us that we will need to hunt for likely tracks/roads connecting the disparate elements of the Craggs area. There are acres of ground we have left to examine & we will hopefully have a chance to look over these before winter arrives.

Many thanks to my fellow walkers who helped make the day enjoyable & challenging.

Please feel free to join us on future walks – keep an eye on the Friends events calendar & if you are a member, your email in-box, for news of future events.