Conflicting commitments meant that only Paul, Janet, Richard & Richard were able to make the walk this week. The route was a short one, covering only about 4 km. (D) We began at the mill in Spen Brook initially heading West to intersect with the Pendle Way at Moss End and noting banks and ditches which may be related to water management for supplying the mill (1). SW of Bull Hole we saw some ridge & furrow in the field to the E of the track to Tinedale Farm (8). In the SW corner of the same field is the remains of a small triangular dam (10) (A). It is unclear what the water was used for, and although there are no obvious signs of one, it is thought that there may have been some sort of mill close by, possibly related to flax processing. As the track begins to ascend the S side of the valley, an intriguing remnant of well dressed stone building walls can be seen. The NW and SW corners remain particularly prominent and both are noticeably battered. The NW corner is built at an acute angle while the SW is obtuse; presumably to accommodate pre-existing field boundaries. We are told that Masseys brewery owned this land and that the building may have housed dray horses (13) (B). From Tinedale Farm we continued SW before ascending to the trig. point above Higher Town where we again noted ridge & furrow (RF). We returned to Spen Brook along the crest of the ridge past Rigg of England. Just before the farm, a standing stone can be seen in the corner of the field (15) (C). We are assured that this is not a genuine monolith, but was positioned there by the farmer only some 20-30 years ago when clearing stone from the field. Thank goodness we had Richard with us who knew about this or we may have wasted a lot of effort researching this hitherto ‘unrecorded prehistoric feature’! A good reminder that local knowledge of an area can be indispensible. 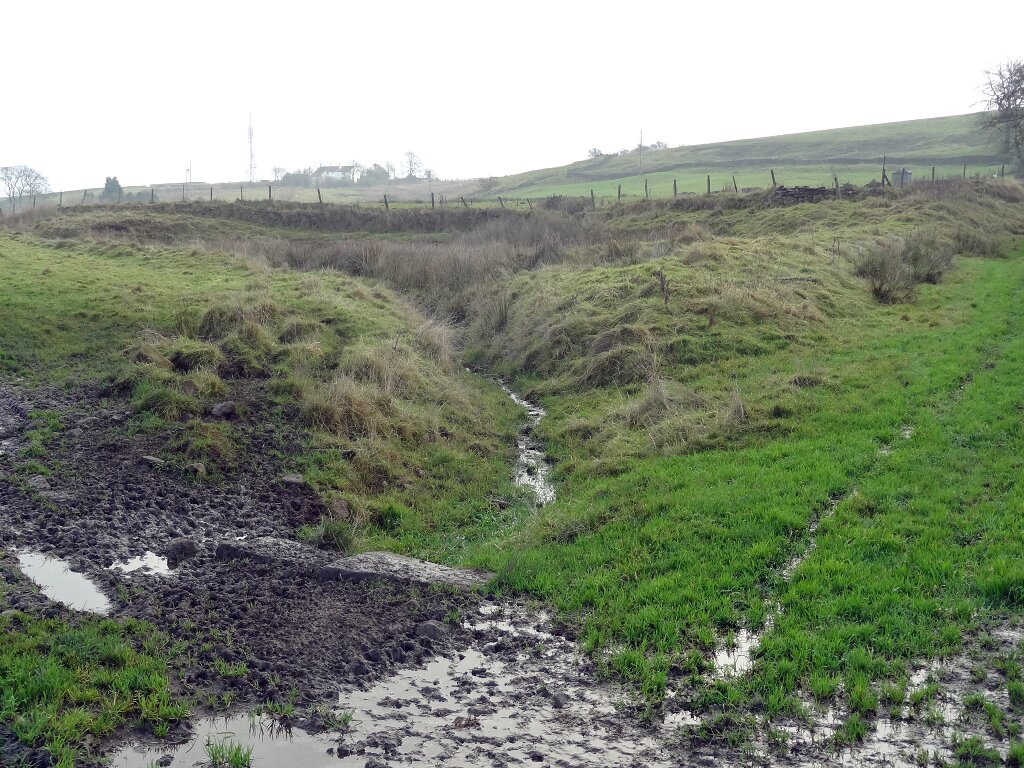 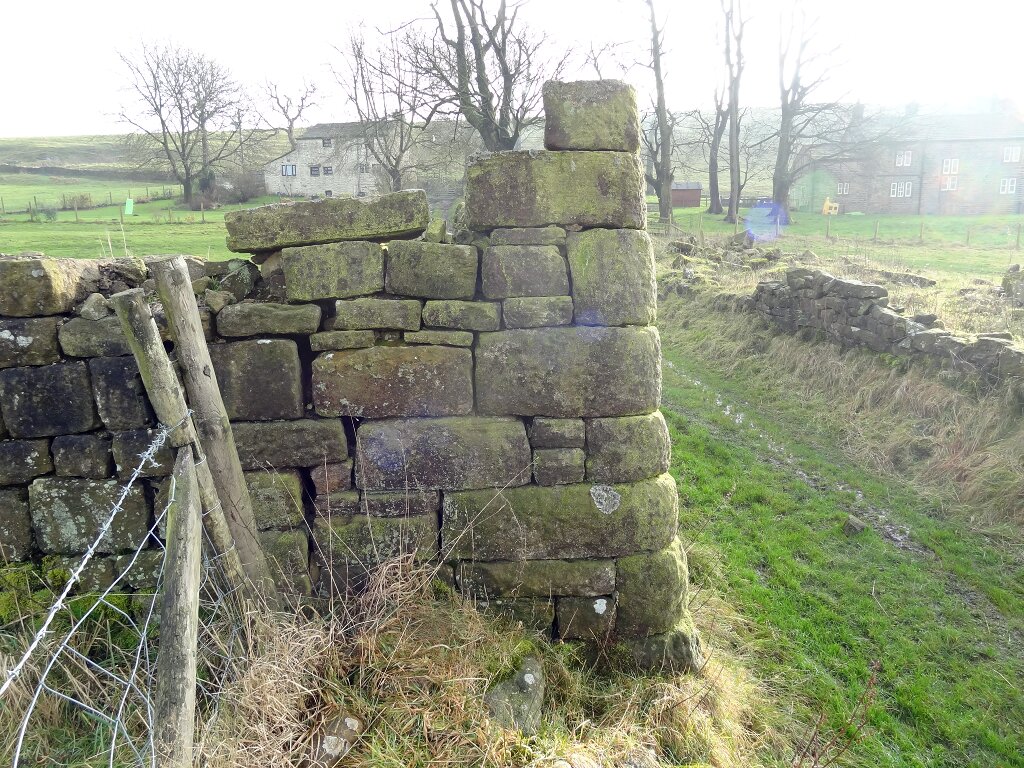 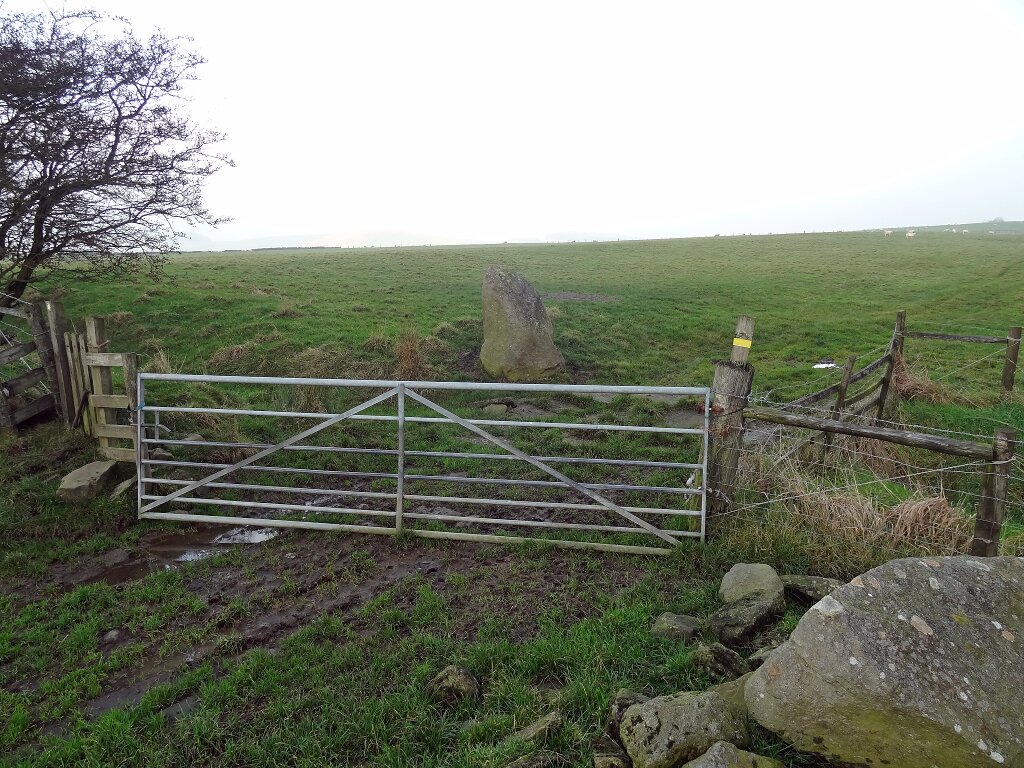 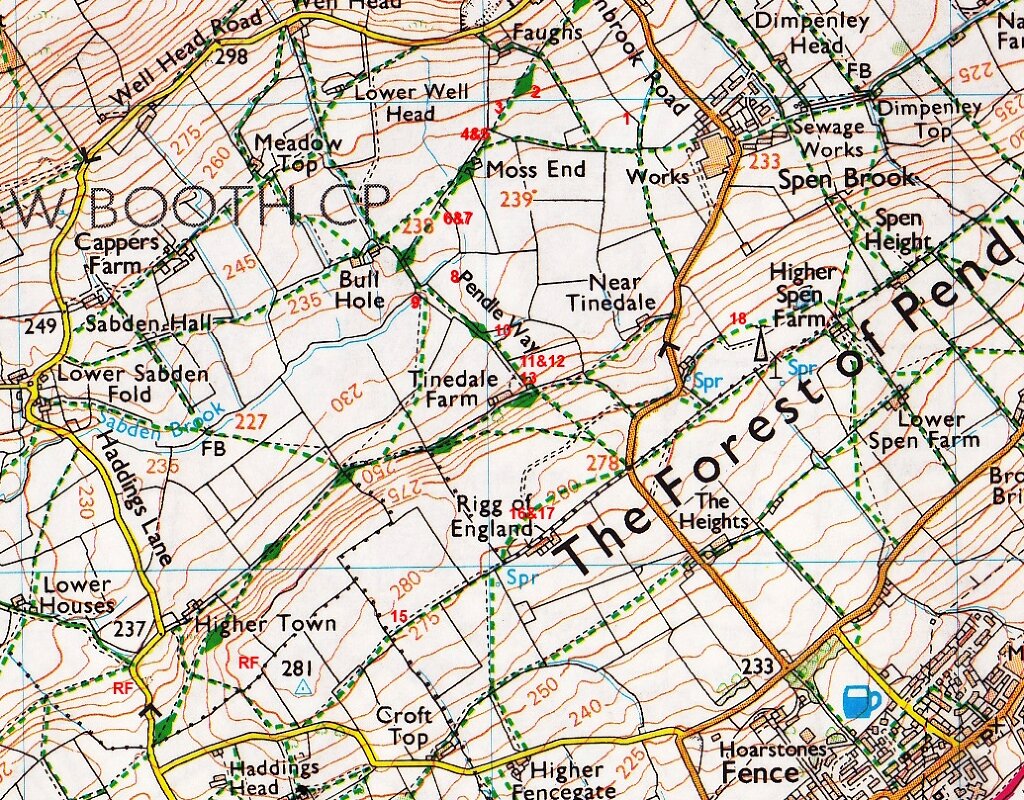