Five of us got together to have a close look at this extremely fine barn, which lies at an angle next to Parson Lee Farm. This is a mid-1700s double-pile farmhouse facing south. It contains a textile production room facing north.

The barn is earlier, c.1600, and is stone built with a heavy flag roof, pinnacles, off centre double wagon doors, fine threshing floor, cattle doors and vents. Inside there are modern timber balconies over removed cattle stalls at each end. Holes in the walls show that earlier ones were slightly lower.  It looks like there were two rows of stalls at the south end and one to the north. The whole building is suffering from substantial movement with the trusses and walls racking towards the south gable. Additions to the barn, such as a pair of pigstyes to the south, are acting as buttresses to this movement.

When we measured the barn, we found its size was very close to Bracken Hill barn which lies to the north-west of Wycoller. The corbels supporting the trusses and the stonework also looked similar. The two barns may even have been built by the same builder. However, there were some differences. Parson Lee is a little lower and has two chamfered cattle doorways with flattened rounded Tudor-style heads on the side facing the house. At Bracken Hill, the door heads are square, not unlike those on the rear elevation at Parson Lee. The round headed doors may simply have been the particular choice of the farmer.

Parson Lee barn has lost its original roof structure and heavy blackening and possible scorching on the internal walls suggest it was through a fire. The replacement roof is a fine queen post construction strengthened with bolts, roughly 1900 in date. Another difference with Bracken Hill is that corbels for the roof trusses are set around 0.5-1m below the tie beams of the trusses. This implies they were supporting arch braces from the corbel to the tie beam, a feature common on timber frames (see illustration below) which made the vertical posts rigid through triangulation. They can also be found on expensive church roofs, such as hammer-beam roofs.  However, this is the only example on a barn we know of in the vicinity.  If our interpretation is right, it could be explained as a response to the considerable width of the barn. At Bracken Hill, the trusses are especially thick and strong. Perhaps here, they were slightly thinner and needed extra support.

The measurements will be drawn up in due course. We also took digital and black and white film photographs which we will upload when processed. We are grateful to the owner, Mr. Hodgson, for his interest and knowledge as well as for allowing us unfettered access. As we were packing up, he showed us a slighly raised site just to the south of the farmhouse which contained worked stone when a trench was put through. Nothing is shown on early plans and it is possible this is the site of the original pre-1700s house.

We are currently one person short on this project. If you would like to join us on the next study day on 2nd July, please book here 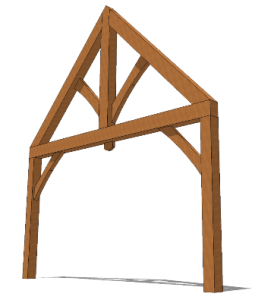 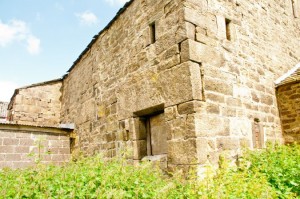 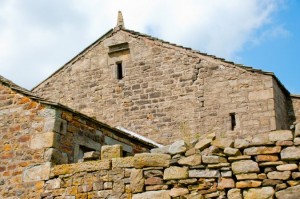 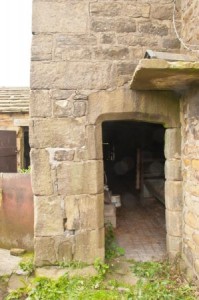 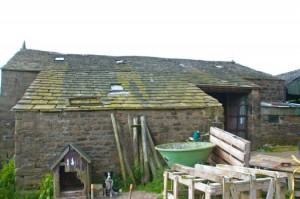 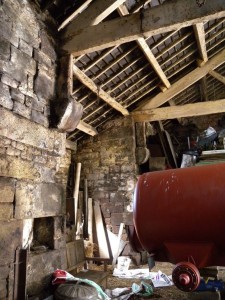 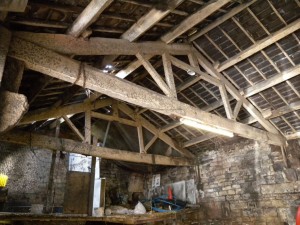 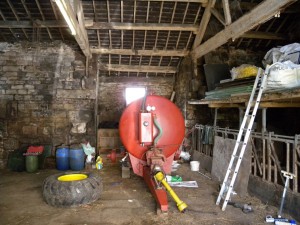 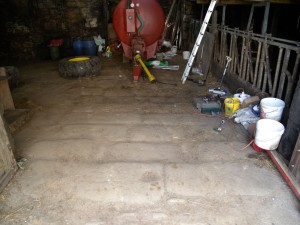 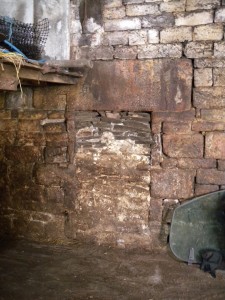 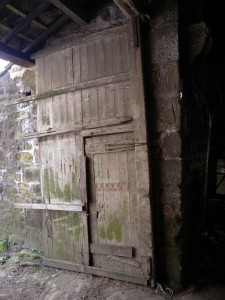 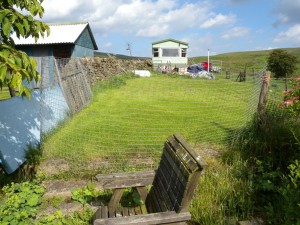